Another entry from my 'Abandoned Projects' series. I painted these guys about four years ago- prior to my Lead Painter League participation, which is when I really ramped up my quality. Before that I was pretty lazy, relied on washes far too much, and often didn't get all the mold lines. I based them about six days ago :) 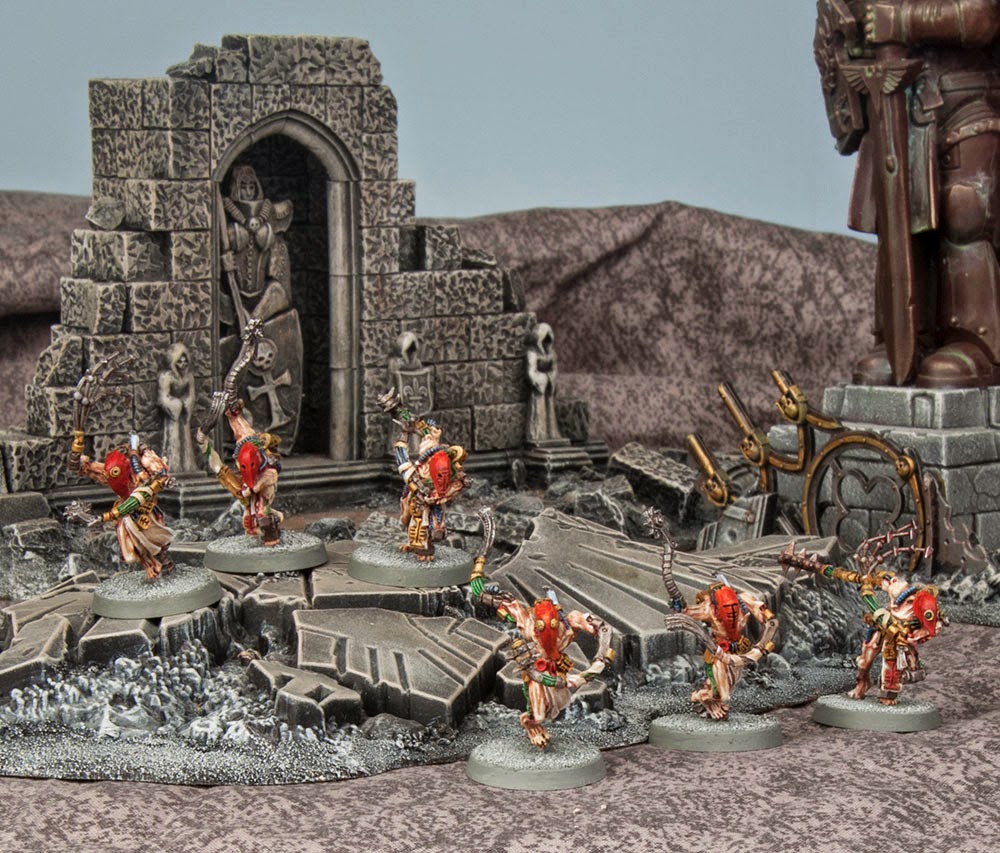 These were among the first figures I took on when I started the Sisters of Battle army, mainly because I wasn't real crazy about the sculpts and I wanted to get them out of the way. I modified four of the hoods a bit as I really hated the stock versions, and added some new electro-flails courtesy of the Empire Flagellants.

My goal of clearing out lingering unfinished projects led me to my 40K Genestealer cult project.

Many years ago I made some custom parts using hybrids and plastic Cadian Imperial Guard. A friend of mine cast them in resin for me, and I used the parts with some Cadian leags and arms. About three years ago I painted them, but for some reason never based them. I wasn't sold on the main color I picked for the tunic I suppose. About a week ago I decided to switch the tunic to dark blue, and finished the bases. 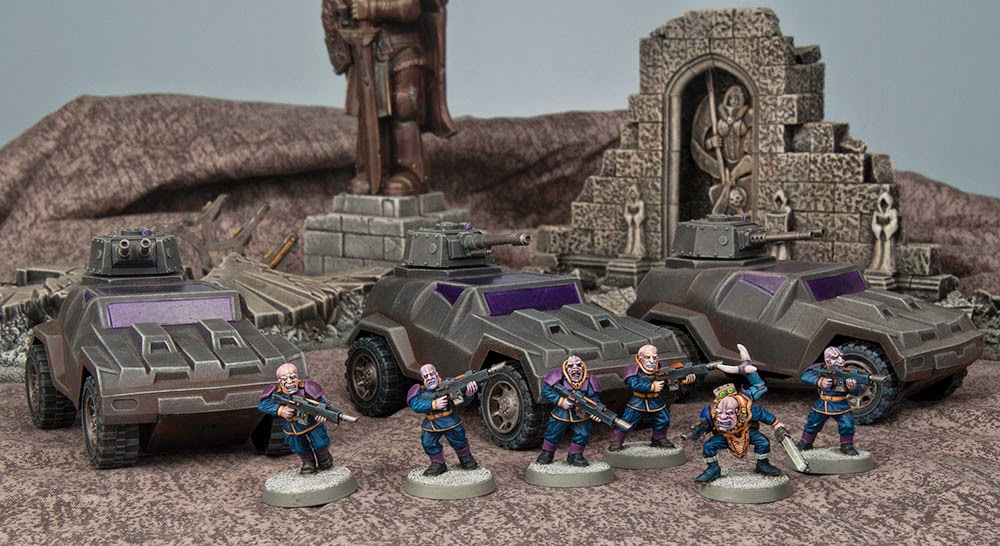 When I started the cult I'd made some 'Cult Limousines' (no self respecting Patriarch or Magus would do without) from some plastic toy cars. I lowered the chassis a bit and made new low profile wheels using Pinewood Derby rims and PVC pipe.

The armored cars with turrets are also kids toys, with GW parts from one of the superheavy IG tanks. The only real work on them was imbedding a hexagon plate into the roof so that the turrets appear more integrated, and magnetizing the turret so it could be removed or rotated. 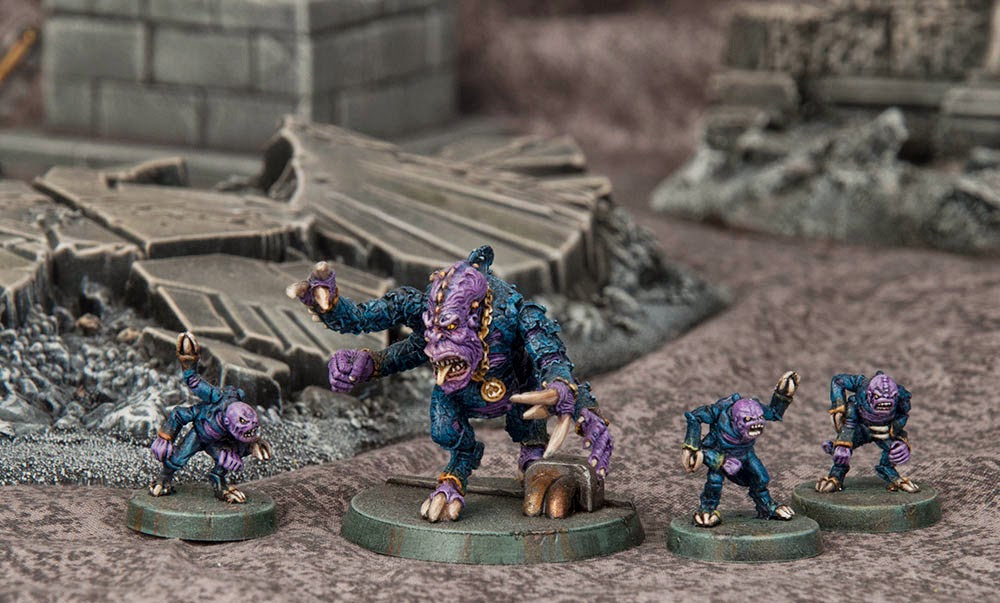 The Patriarch and Genestealer Purestrains are based to match my Space Hulk layout, but they will do double duty in the cult lineup. 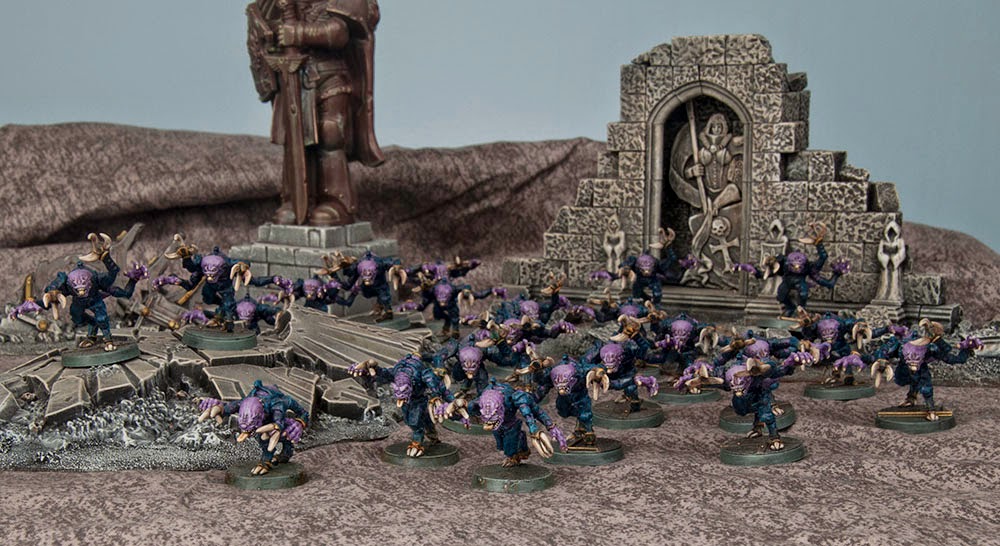 I have another squad of hybrid head Brood Brothers and a bunch of metal Genestealer Hybrids waiting in the wings. Someday!

I've received some more questions about the cars. They are originally super hero 'pull cars'- cheap plastic cars that you pull back and let go. They had Iron Man or Hulk stickers. I bought a bunch of them, but it was about four years ago and they tend to go for about $5-10 on eBay now. 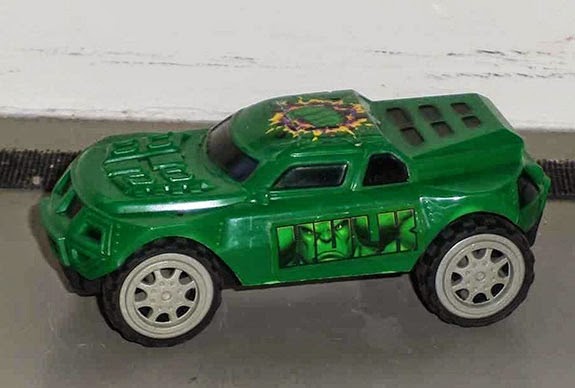 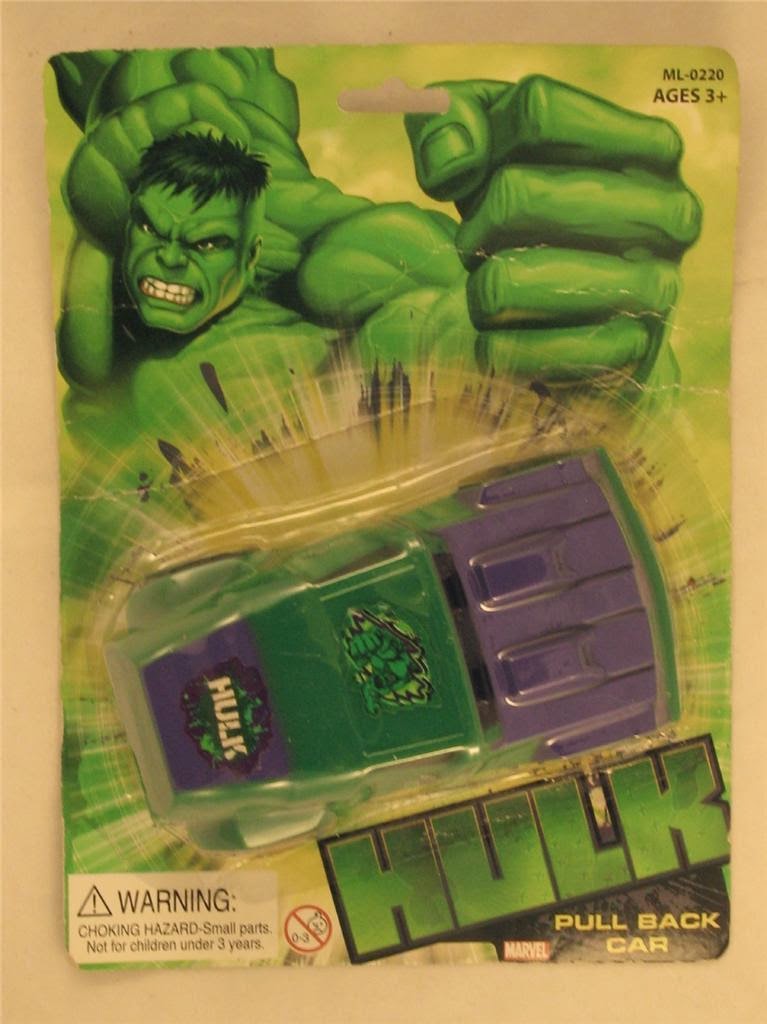 I finished painting these figures last week. They're late arrivals to my Congo Free State project, started as a Lead Adventure Forum 'Army Painter' challenge. Captives are an unpleasant subject to say the least- but they were an extremely common sight in Central and East Africa well into the late 1800s and even beyond- and will serve as objectives for rescue operations. 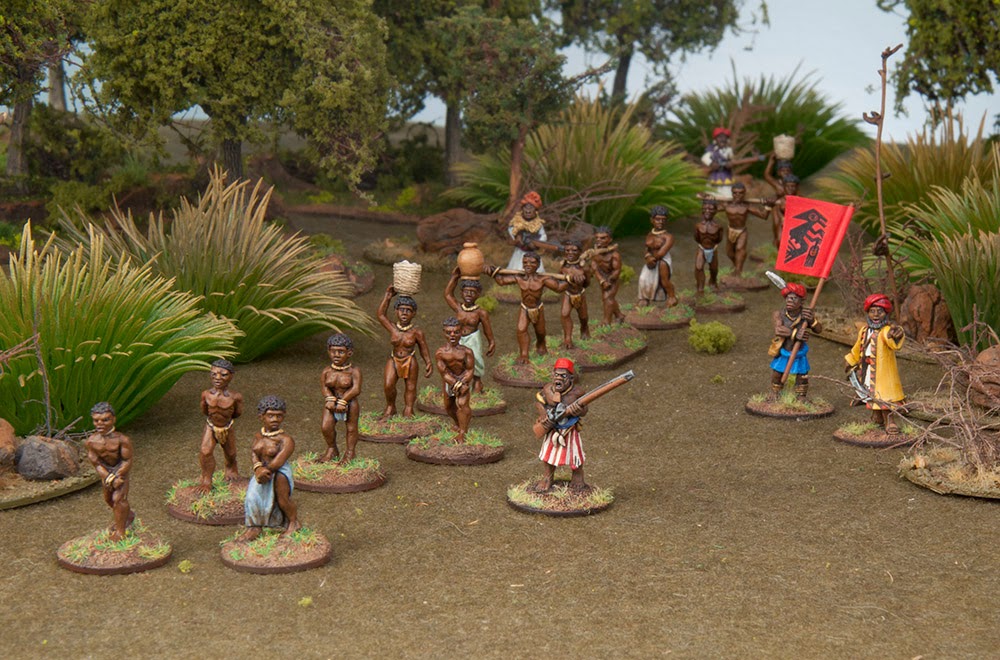 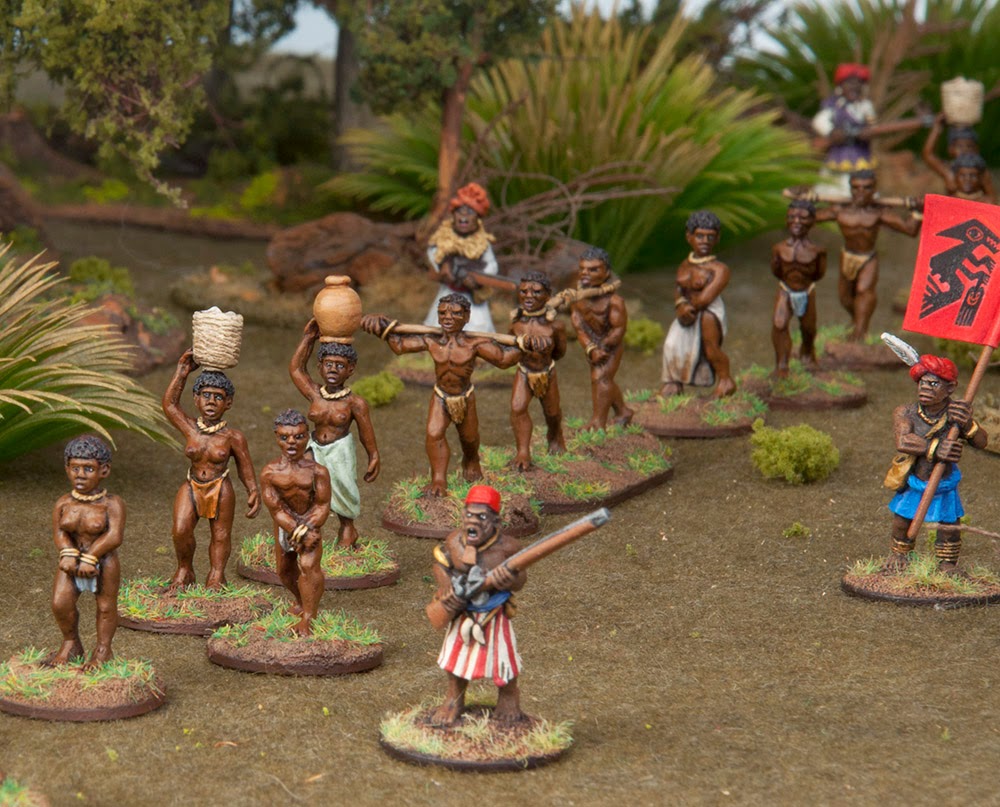 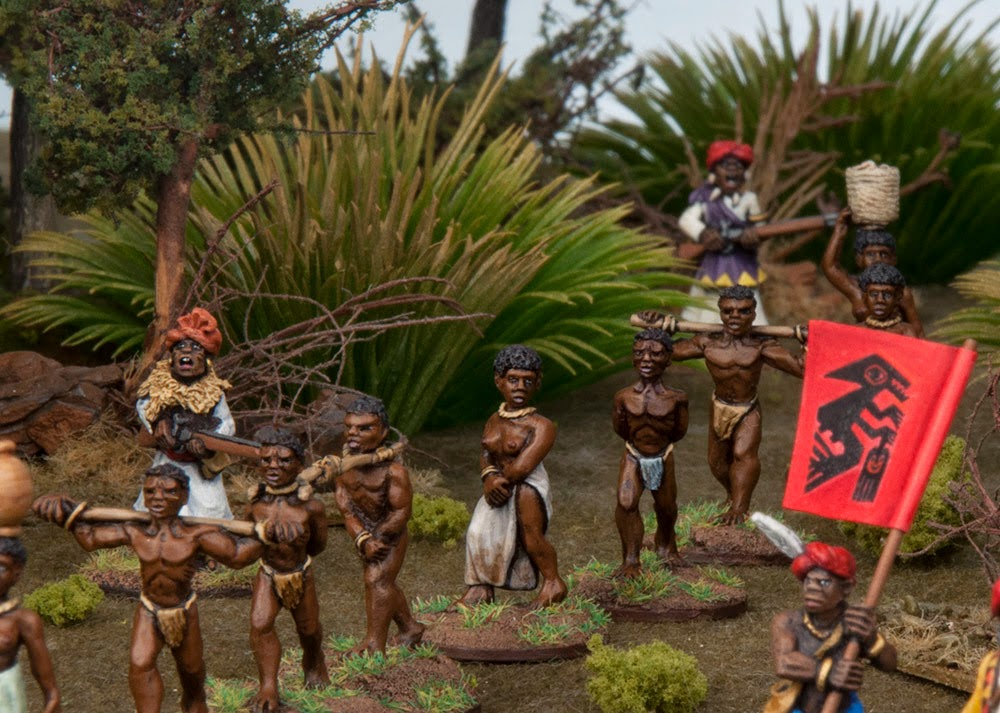 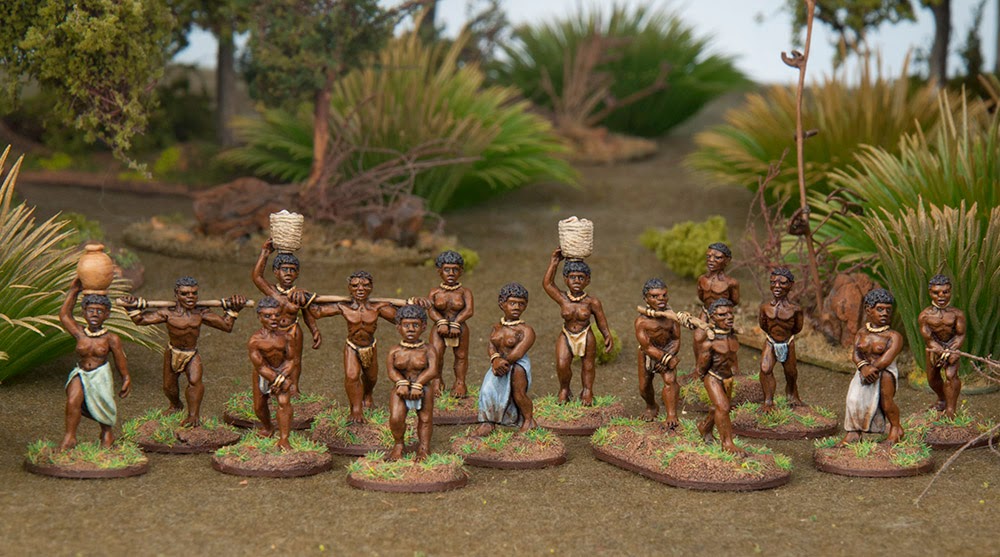 The captives (and one of the slavers) are produced by Eureka Miniatures.

Keeping with my goal of getting to all my half finished projects- particularly the primed figures that have been in the queue for months or years- I have added four more Smoggers to my little band. These guys were primed almost two years ago for my LPL stage set entry, but there wasn't space or time to fit them in. 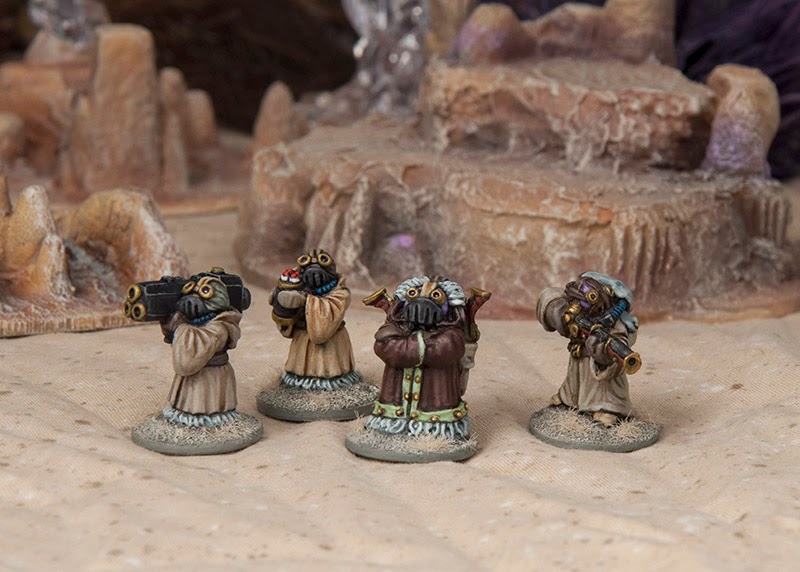 I like these guys a lot despite the soft quality of the sculpting. I have about ten more unprimed figures, along with a mortar and some pack animals. Perhaps another two years and I'll get to them :)

The figures are currently available from Black Cat Bases, but they've had very sketchy service for about two years now, so ordering from them comes with a huge caveat emptor.
Posted by Dr Mathias at 8:31 PM 2 comments:

"That object—no larger than a good-sized rat and quaintly called by the townspeople “Brown Jenkin”—seemed to have been the fruit of a remarkable case of sympathetic herd-delusion, for in 1692 no less than eleven persons had testified to glimpsing it. There were recent rumours, too, with a baffling and disconcerting amount of agreement. Witnesses said it had long hair and the shape of a rat, but that its sharp-toothed, bearded face was evilly human while its paws were like tiny human hands. It took messages betwixt old Keziah and the devil, and was nursed on the witch’s blood—which it sucked like a vampire. Its voice was a kind of loathsome titter, and it could speak all languages. Of all the bizarre monstrosities in Gilman’s dreams, nothing filled him with greater panic and nausea than this blasphemous and diminutive hybrid, whose image flitted across his vision in a form a thousandfold more hateful than anything his waking mind had deduced from the ancient records and the modern whispers." H.P. Lovecraft, Dreams in the Witch House 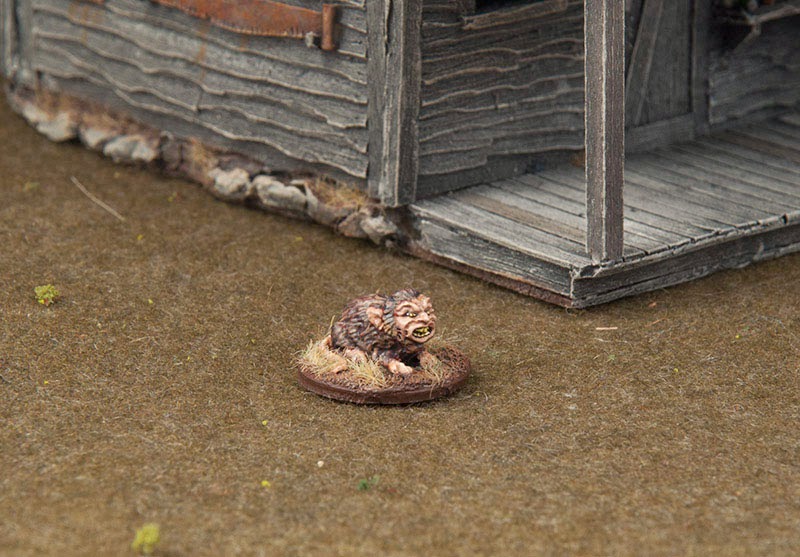 A rat-thing familiar from the Strange Aeons 'Witches and Familiars' pack. At the time of this writing I don't think it's available, as Uncle Mike's gears up for the second edition of Strange Aeons.
Posted by Dr Mathias at 7:34 PM 2 comments:

As a flighty individual I often find myself faced with figures that I primed months (or even years) ago, which lounge forlornly about my painting desk. I have made a significant dent on the malingers over the last week.

First up is a variety of animals. Quite a few are from Mega Miniatures, which sold off their molds to a variety of different companies. Unfortunately I don't know where most of them ended up. 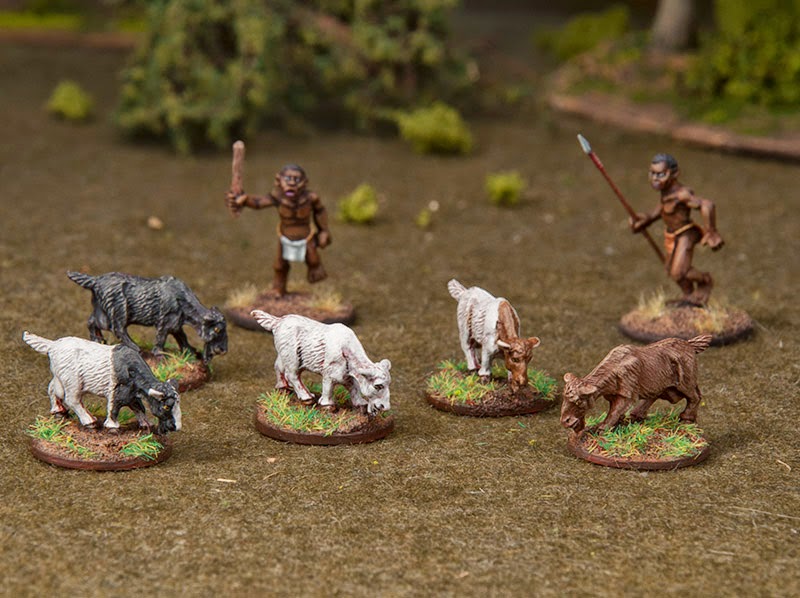 Goats, produced by Mega Miniatures. The boys are from the Foundry Africa range and were painted a couple of years ago. 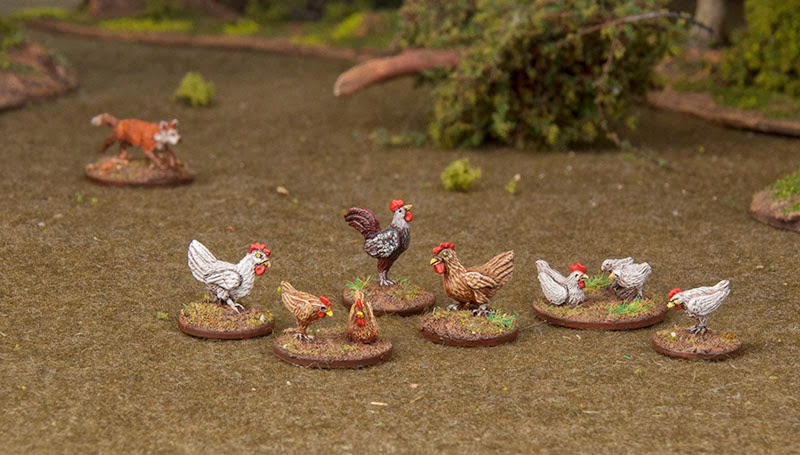 Chickens. The majority are from Architects of War, two are from Mega Miniatures- I believe they were sculpted by Bob Olley. His figures always seem to have an air of barely subdued malevolence and these chickens are no different.

Chickens and a Fox 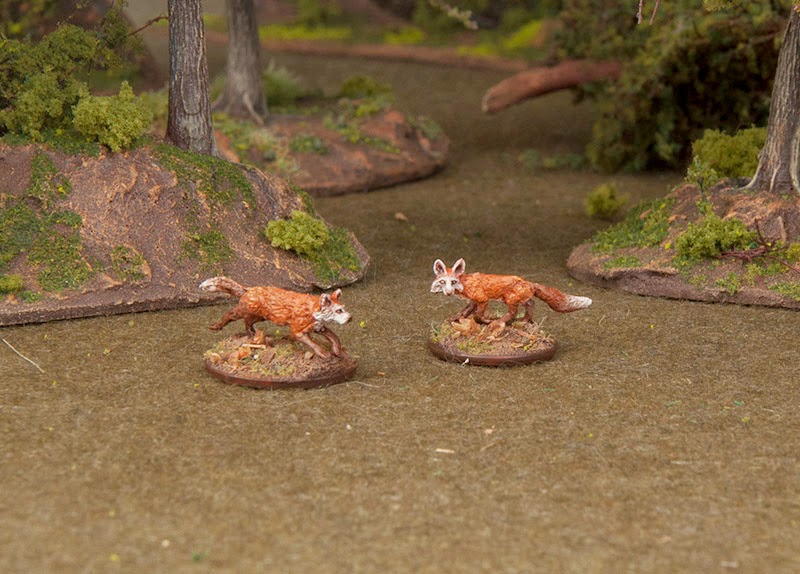 Foxes- the running fox is from Mega Miniatures, the other more cautious fellow is from the Architects of War chickens pack. 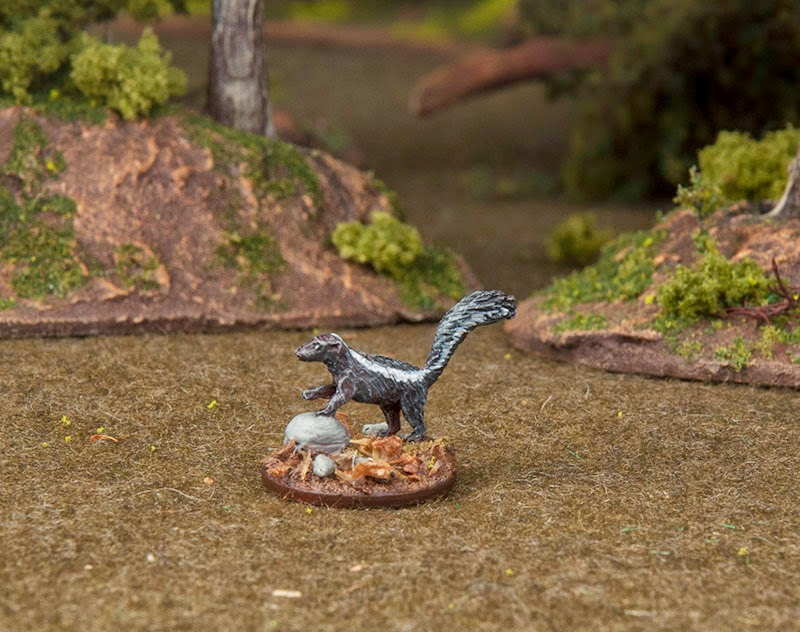 Skunk from Mega Miniatures. I had a second, which went missing sometime after sealing him and bringing him home to photograph. I assume he's gone for good. 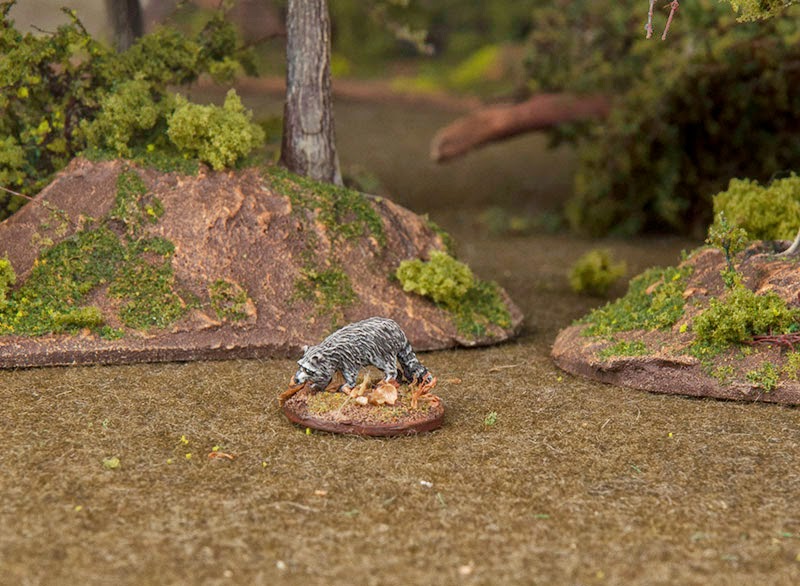 Raccoon, also from Mega Miniatures if I recall correctly. 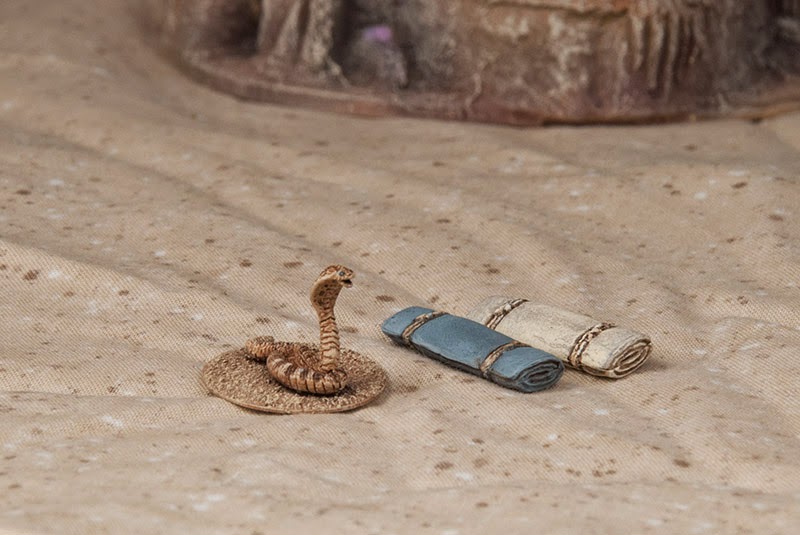 Cobra, unknown manufacturer. The two bundles are from Mega Miniatures. 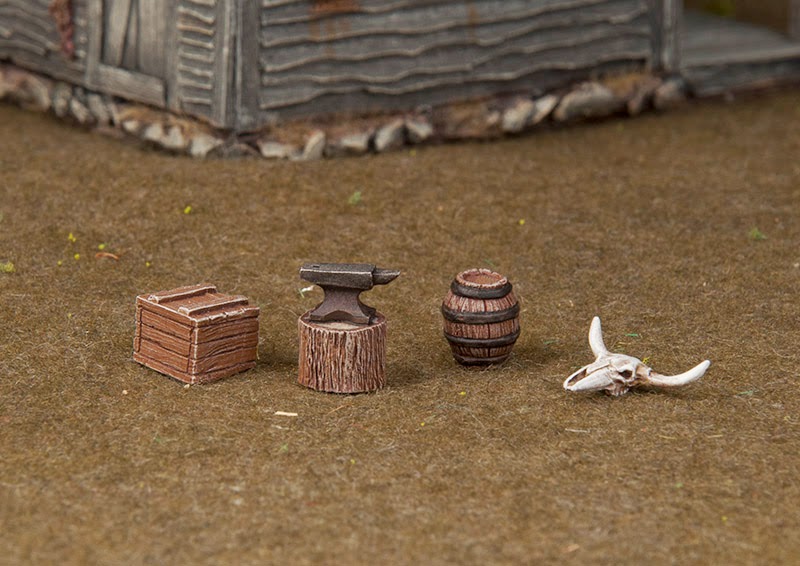 Four items from a western accessories pack from TinMan Miniatures. The anvil and skull are very nice little items. The skull allowed me to put this picture in with this 'animals' post :)