In what may be a Herculean feat that I haven't accomplished for over twenty years, I manged to paint up a full set of miniatures from a Games Workshop big box game- before they released an expansion for it!

I knew I was getting Blackstone Fortress as soon as it came out. The figures looked cool and I liked the idea behind the game. I manged to get them all built within a week of buying it, and it's taken me several weeks to get it all painted up. Games Workshop figures sure have a lot of detail... 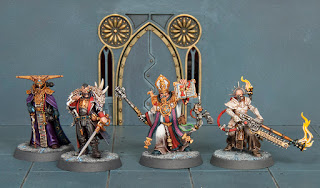 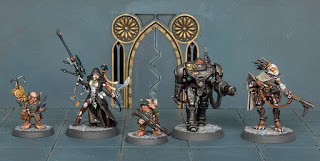 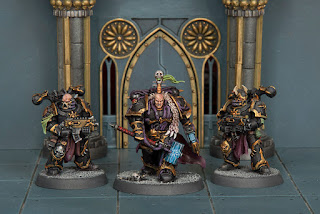 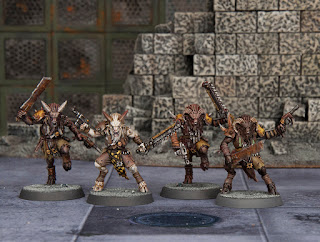 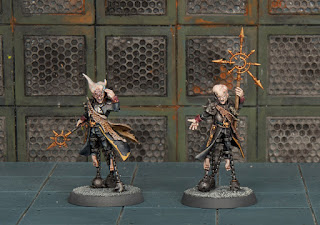 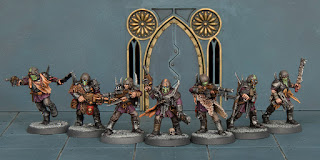 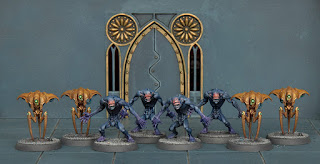 I painted the Chaos forces to match the color scheme of my cultists from the Assassinorum: Execution Force set. 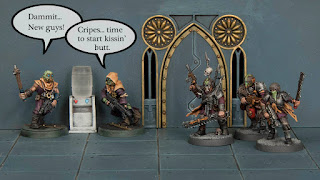 Glad to have this set done, it took a lot of time and a bit of luck- I had three inclement weather days which I used for painting. I haven't played yet, but hope to get a game in within the week.

While browsing threads on The Lead Adventure Forum I came across a neat little thread posted by Blasphemia Blackwood. In it she shows pics of a mech in an evocative winter scene, built for an Inq28 style project called 'Gelida: The Frozen Expanse'. It's one of those niche internet group projects that explore the fringe elements of the 40K grimdark setting. The setting is a frozen planet cut off from the Imperium.

Anyway, long story short I was inspired enough to join the Facebook group and knocked out a mech and a pilot really quickly. I hadn't done snow effects before either, so it was pretty fun. 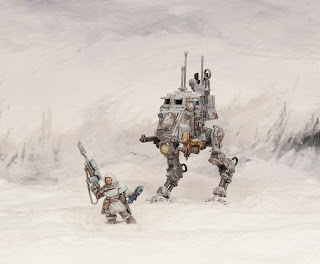 The base model for the mech is an Imperial Guard Sentinel of course; I modified it a bit by blending the armored and scout components. I used an Orlock stubber and harpoon gun for weaponry, and other bits to make it look 'lived in'. Lastly, I extended the feet a bit for stability on snow and ice. 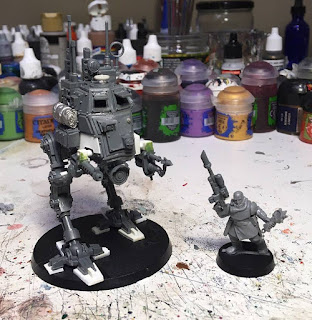 The pilot is an Imperial Pilot from the 'Battle for Macragge' box set. I added an Auspex and a sniper rifle, plus some greenstuff. 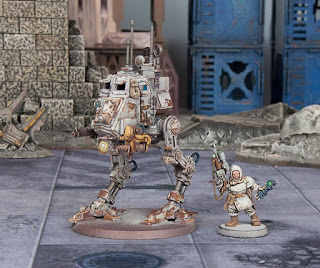 After adding snow and ice I painted a quick scenic backdrop and made a base with snowdrifts for photo purposes. Credit to Blasphemia for the idea to paint a backdrop, I more or less copied her :) 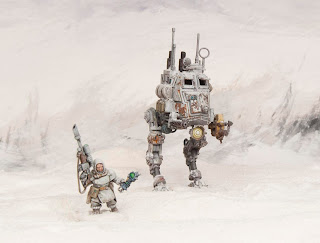 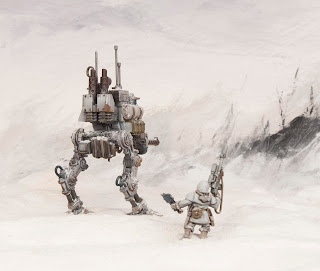 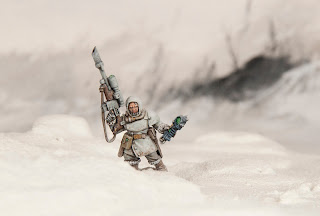 Ventor Tentyritæ is one of the last surviving members of the once prosperous Tentyritæ family. The family was the foremost supplier of Gelidan animals to wealthy offworld clients looking for exotic specimens. It was said that numerous xenos beasts supplied by House Tentyritæ made their way to the Necromundan Hive Primus, destined for the laboratories of House Escher or Spire menageries, and rumor has it that some beasts were even seen in the fighting arenas of Commorragh.

After Gelida was cut off from the Imperium, Tentyritæ's patronage disappeared and their fortunes fell drastically...

I see this as a sort of spinoff from the 40K Xeno beast hunter group I painted several months ago. 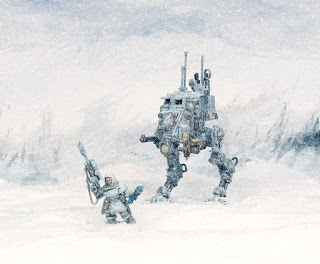 The last shot has been tweaked with Photoshop, adding in some blowing snow. I'm pretty happy with the final result of this little segue- the pilot is up there with my best painting and converting. 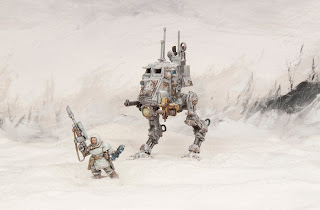