This is a long delayed post... I took part in a couple online challenges in March and April and this was the result of one of them. The challenge was building a skimmer out of junk or other parts, kits not allowed. 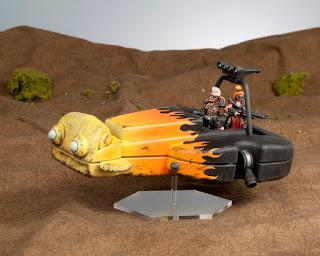 I had been stopping by the thrift store about twice a week before I found something that caught my imagination. 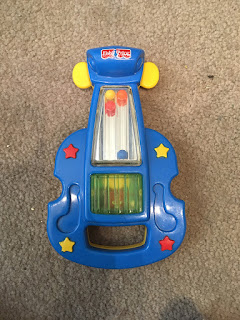 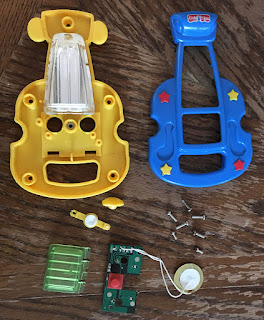 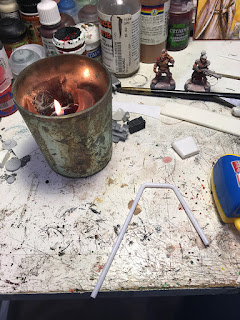 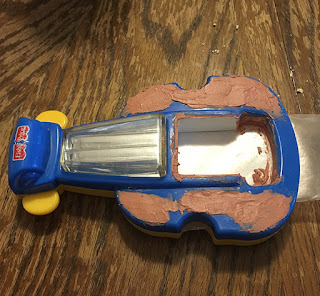 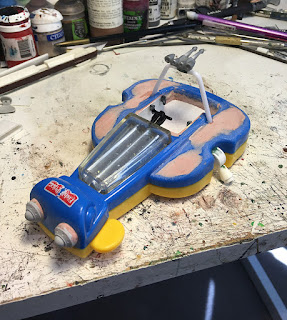 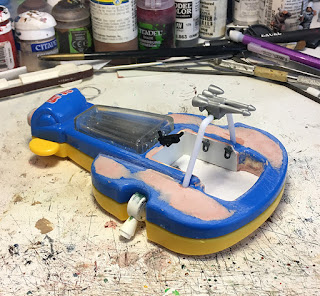 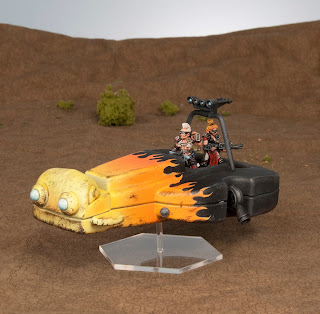 The proud owners are miniatures from the Emporium group, I painted them up at the same time as the skimmer, they seemed like they went with it. 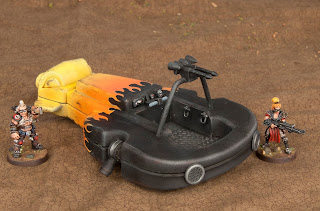 As I was scrolling through Instagram several weeks ago I chanced across the "Grimdark Cards" challenge. The #GrimdarkCards challenge was started on Instagram by user (theendsoftheearthart), and there were dozens of people taking part by the time the 'challenge' ended around April 1. Basically, a person is randomly allocated a card from John Blanche's Dark Millenium deck, and you create the miniature.

The card randomly drawn for me was the King of the Xenos suit, which I hadn't looked at much. As I investigated it there are a lot of neat details. I'm honestly not sure if this guy is pro- or anti-xenos, we will have to see :) 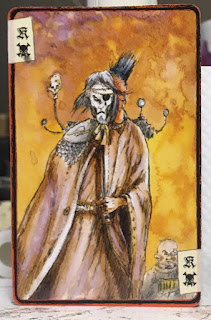 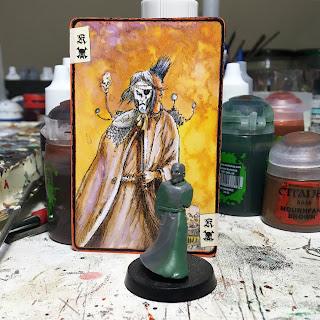 I started with a Delaque body that had a nice swaying pose, and ended up carving almost everything off. I might as well have just started from scratch. 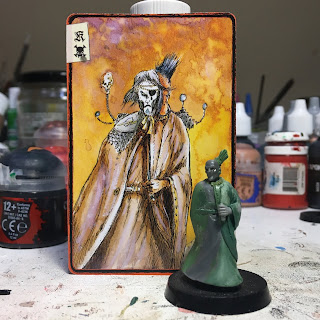 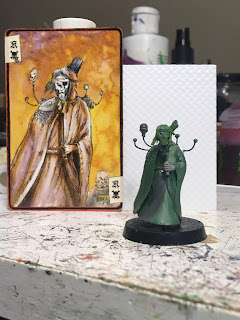 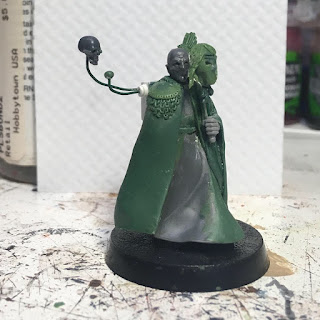 The pose on the card seemed to indicate that the mask was not held up to the face directly, which gave me the opportunity to show the guy behind the mask. 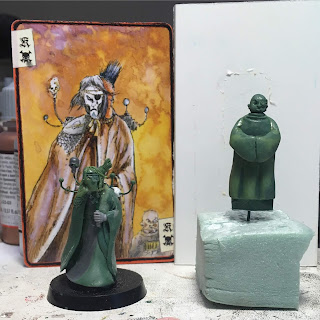 I felt compelled to have the little guy in the background as well. I decided this time around to go full greenstuff- he's my first fully sculpted miniature. The intention was to cast him in resin- I kept the head separate, and there's a gap behind the arms so that i can put other things in that space. 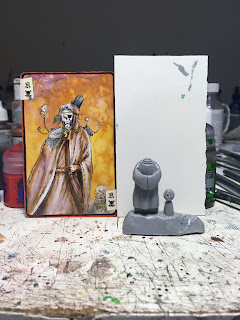 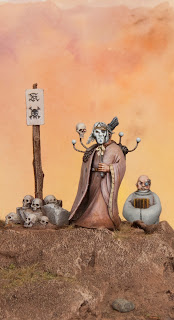 I built a sign so that I could incorporate the suit symbol, out of a stick and a small piece of plasticard. There's a pile of skulls at the base. Last but not least, I painted a watercolor background to create an environment. 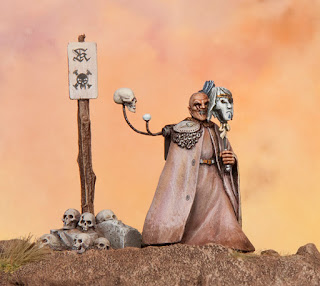 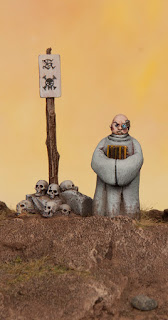