I painted a space goblin in a 'Baby Yoda' style carrier about a year ago, and had been wanting to make a guardian ork for him. A couple of months ago I discovered that Puppets War made a set of rocket orcs that had a Boba Fett style helmet. I eventually bought the STL files and printed one off. 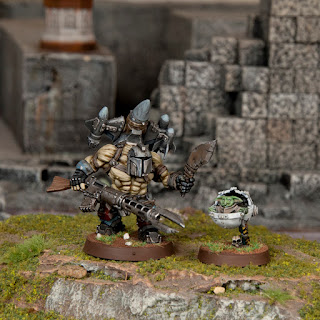 The arms and backpack have integral magnet holes, so I ordered the correct size and kitted him out with options. The long rifle is made from a mashup of 3rd edition ork weapons I had in the bits box. I used the same skin tone seen on my RT era orks. This guy is quite a bit larger! 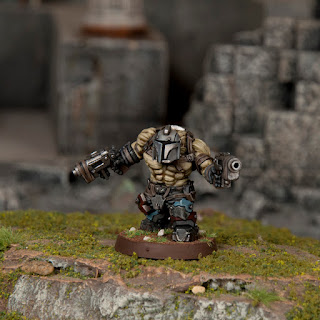 I recently completed a few civilians for my Turnip28 regiment. 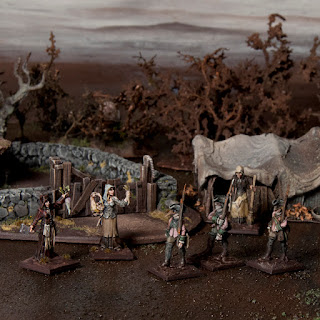 Three Reaper figures (two with some minor conversion) and three of the Eureka 'Sandras'. 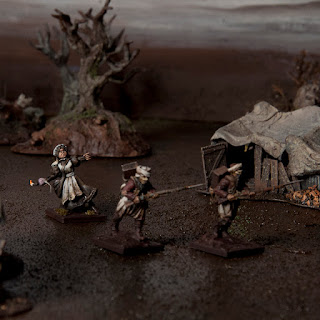 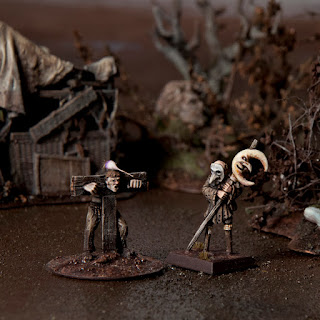 "The Harrow'e'en celebration on Ophatran Secundus coincides with the traditional yearly arrival of the Emperor's Tithe Fleet. Although major functions begin a day before the first voidship docks with the orbital stations above the planet, there are several preparatory stages. The most important ritual observance, which sets the date of Harrow'e'en, is a confluence of officials from the Adeptus Astra Telepathica and the Navis Nobilite. The assembled adepts consult the planet's ancient orrery, and contact the fleet's chief astropath to pinpoint the imminent arrival. 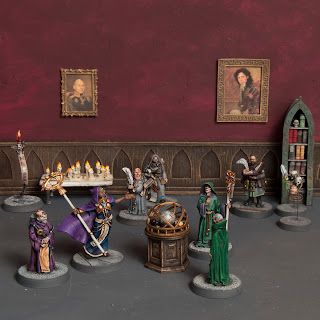 Once the arrival date has been formally announced by the Imperial Governor, the citizens of the capitol throng to the shrine district. The multitudes pass through the Crusader Gates and into the Ecclesiastic precinct. Crusaders stand in watchful vigil and priests find positions that carry their voices to the crowds. The people of Ophatran believe that vengeful and malignant warp entities cling to the voidships, and that the veil between the Empyrean and reality are thin on Harrow'e'en. The priests recite horrifying tales of these creatures of the Immaterium, and the prayers to combat them. 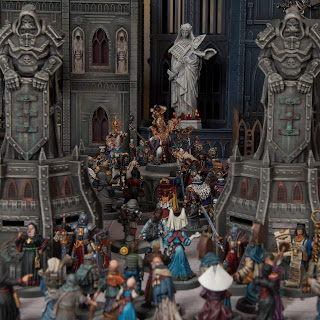 The most exciting event, certainly from the perspective of the children, is the day preceding the docking of the first voidship. On this day, most of the citizens stay indoors, and those that venture out are likely to meet with a procession led by a ‘Spirit of the Warp’. Children that are able to recite their hymns are allowed to wear outlandish costumes, and roam the streets seeking citizens for the procession to test. Anyone stopped by these roaming waifs must stop and recite the proper prayers of protection, or suffer admonishment from the Adepta Sororitas that accompany the procession.” 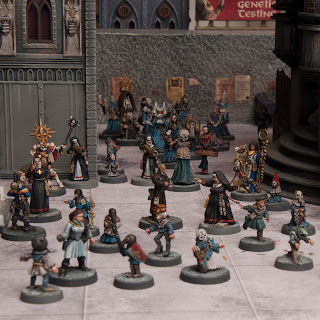