I recently finished the third figure that came in the old Rogue Trader Ordo Malleus Inquisitors blister pack. I went with a Moebius inspiration again, since I did that with the other two. This guy has always been one of my favorite Inquisitor miniatures, and this is my second time painting him (the last time was around 1992). 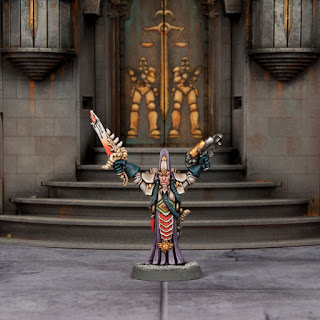 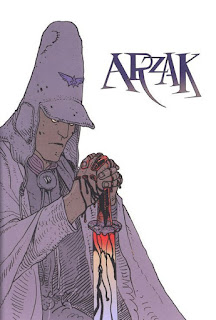 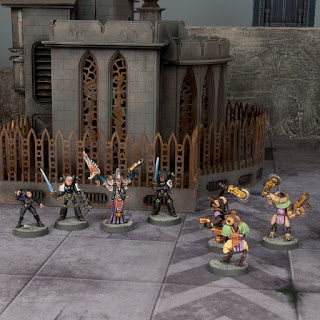 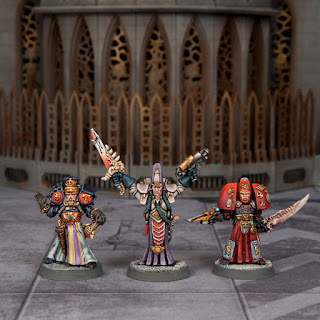 July's entry for the ongoing 40K Adventurers project is the Female Warriors 'Gabs' and 'Jayne', along with the Imperial Assassin. 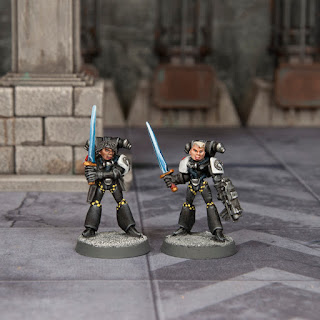 I went with the color scheme as seen in the White Dwarf 99 advert. The checks aren't all that great as there was a little divot in the armor, but I decided to call it good. Interestingly, the base tab on these says 'Sister'. I didn't elect to paint the back view fishnets as seen in the Eldritch Epistles blog ;) 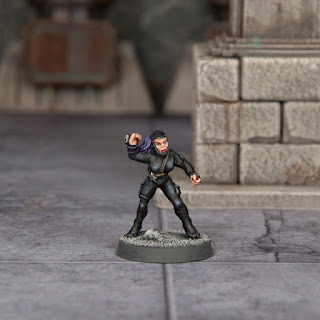 Even though I like the color scheme in the advert, I went with a conservative black bodysuit for the Imperial Assassin. 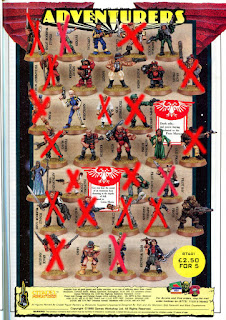