A few years ago I binged watched all the Doctor Who episodes on Netflix that were available. They had the modern stuff which I greatly enjoyed, but I have a soft spot for the 4th Doctor as that was who I occasionally watched as a kid. There were only a couple 4th Doctor episodes available before Netflix dropped them entirely.

Anyway, as of late I've been going though the Tom Baker episodes in order (via BluRay and DVD) and have gotten a bug to acquire some miniatures. I decided on the old school chunky look so they will fit better with my overall collection of stuff.

First up, the 4th Doctor and his initial companions Harry Sullivan and Sarah Jane Smith, all originally Harlequin Miniatures. 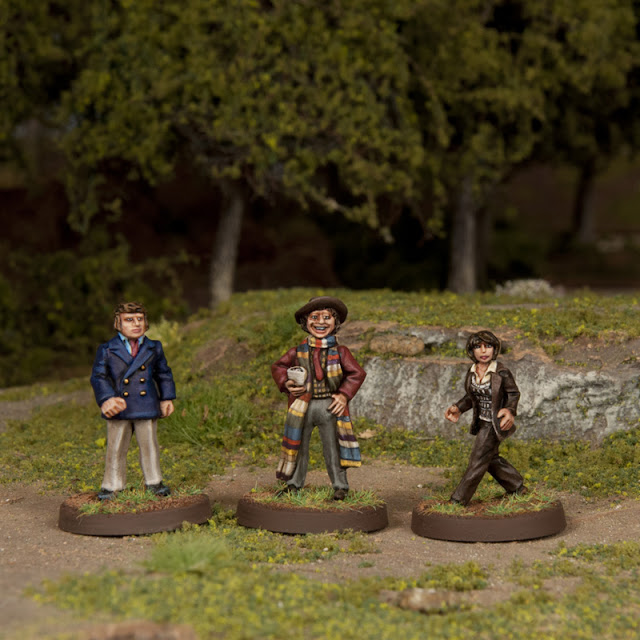 Not the best likenesses as you can see but they are what they are!