Round 3 of the LPL is now over, which means I am allowed to post it here. 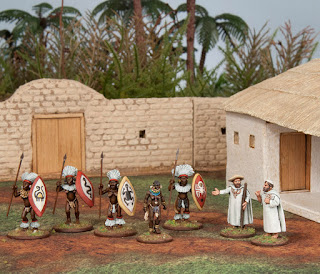 The priests are converted Perry Miniatures clergy from the Crusades range. They've been modified with greenstuff to look more like 'Missionaries of Africa', also known as 'White Fathers'. 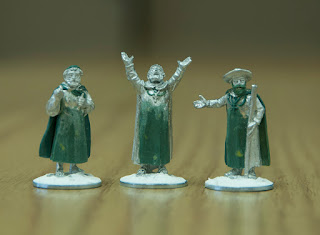 The warrior women are from Wargames Foundry's 'Darkest Africa' range, and the princess is from Northstar. Good to see Copplestone back on an Africa project :)
Posted by Dr Mathias at 8:55 PM 2 comments:

Round 2 of the LPL this year was a retro sci-fi scene. A while back I saw a 'Space Action' cover with a quartered uniform scheme that I wanted to try on a Hydra Miniatures spaceman. I switched out the red/green as I have never been a fan of that combo. 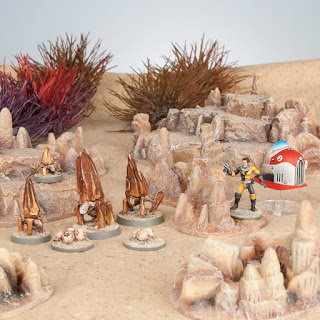 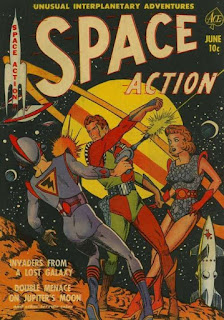 The spaceman is a Hydra 'Commander Mudpie' with a new head, from a Games Workshop Frateris Militia. He has a Bruce Campbell look that I like. 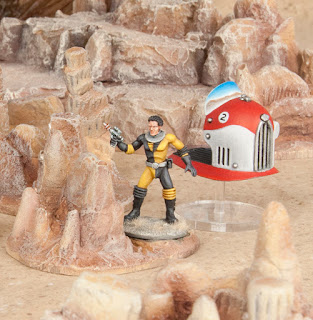 The creatures are 'Ferrus Testudines' that I acquired in a Kickstarter run by Krakon Games. They have metallic shells, and I wanted them to have a rusty golden iron pyrite appearance. 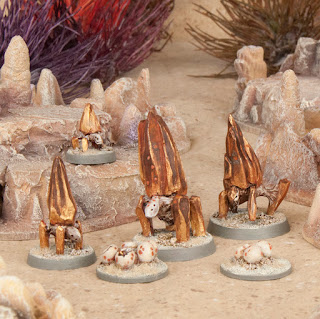 The skimmer is a 'Cerny Skimmer' that was available for a short time from Pulp Alley.

Chronicles of the Wayfarer

I had the opportunity to take part in a contest painting some 15mm resin miniatures from a new company, producing a range named 'Chronicles of the Wayfarer'. The figures looked incredibly detailed for their size and would be challenging to paint, so I contacted the company. 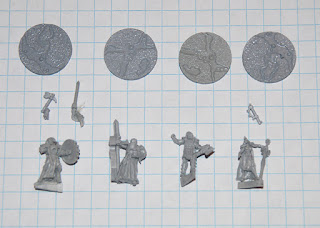 They sent four figures- a man with spear and shield, an armored warrior that could fit a hammer or sword, a crossbowman, and a fierce warrior woman with a geartooth back banner. I was a little amazed to see multi-part 15mm- but they were cast really well and went together quickly and easily. There was very little cleanup and prep work. One area of concern for me was the small contact point for gluing the woman to the base provided, but the worry was unfounded as the figures are very light and a small spot of super glue does the job just fine.

Once I got to painting I discovered that these little guys (and gal) have some amazing crisp detail. The crossbow has a toothed gear on the side! The good news is that the detail is raised enough to catch paint relatively easily. 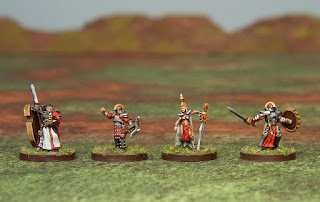 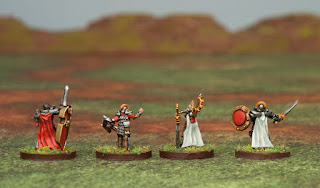 I think 15mm look a little odd photographed up close, but I'm going to do it anyway! 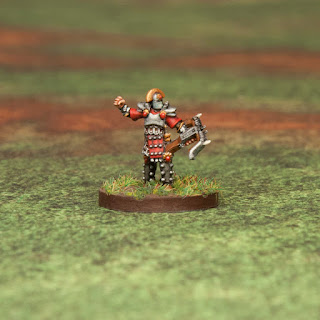 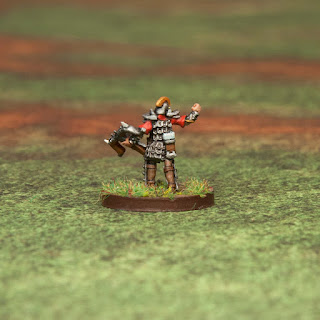 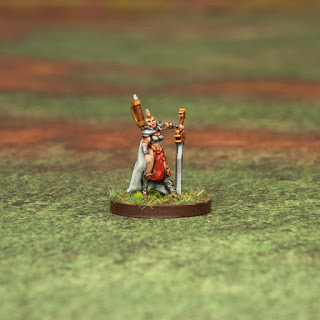 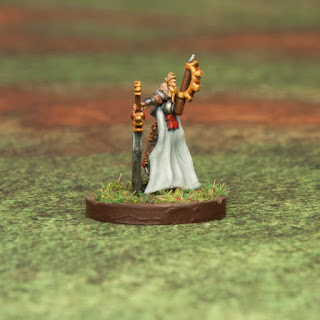 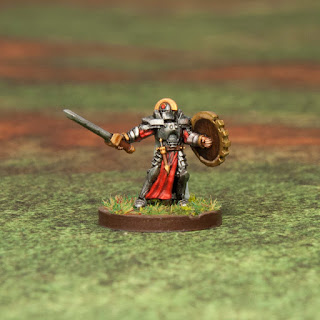 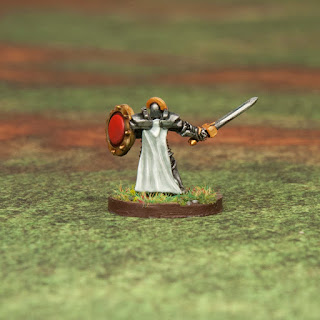 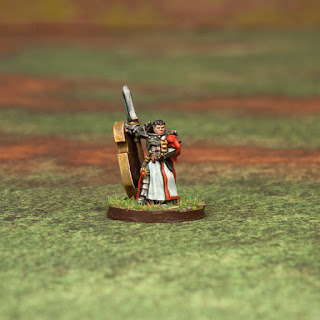 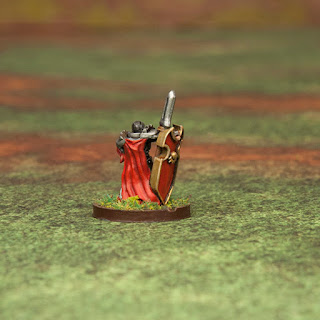 Email ThisBlogThis!Share to TwitterShare to FacebookShare to Pinterest
Labels: 15mm

The 'Lead Painter's League', an annual ten-week painting contest hosted on the Lead Adventure Forum, is up and running. I felt I had the time to run with the pack this year.

My first entry was "It Should Not Be". 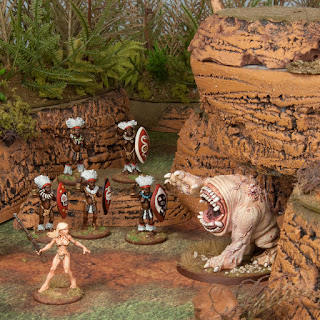 I found a fake pulp magazine image a few years ago and had been wanting to re-create the jungle girl on the cover ever since. A friend identified the rifle for me and I was able to acquire a 28mm Mosin-Nagant. The original cave girl figure, from Tin Man Miniatures, had a spear (I also painted that version in an earlier LPL!). Replacing the weapon was a nice little challenge. 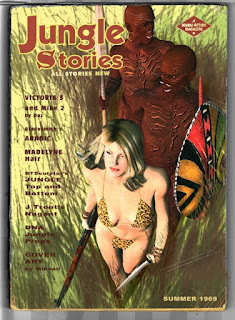 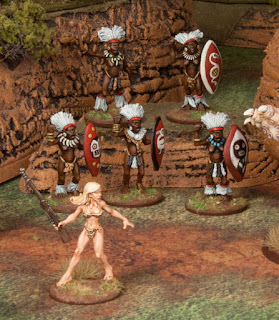 The warrior women are from Wargames Foundry's 'Darkest Africa' range.

The creature is from Pure Evil Miniatures. He looks like an even more horrifying version of the Hasslefree 'Maw', so I had to have him. 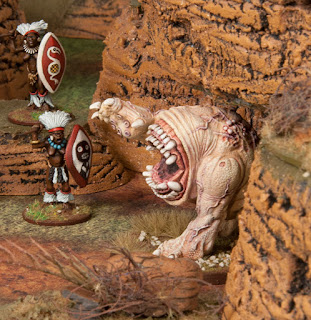