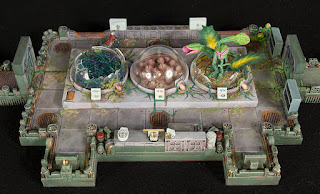 Now that the 'Build Something' contest on the Lead Adventure Forum has run its course, I have some detail pictures to add to this thread. My entry, fitting the 'Ill Advised' theme of this year's contest, was a ship board repository for dangerous plants which would build onto my existing Space Hulk layout- the Laboratorium Malum Plantae. The backstory is that the section was administered by Adeptus Mechanicus seeking a more virulent form of bio-wire (which some may recall from the olden days of Rogue Trader). Naturally, things got out of hand somehow...

My goal was to create some mini-narratives on this rather large section. The first was a locked cabinet containing anti-plant spray, along with a poor unfortunate adept who was targeted by the bio-wire as it broke free. Why was it locked? 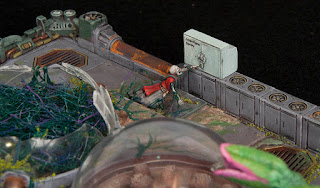 Another point of interest would be a carnivorous plant, probably from Catachan. It was made with some lily pods for mouths, wire for stalks, and plastic leaves. This piece is removable, so that it can be used for death world terrain, or removed if it is destroyed so that it can be passed safely. 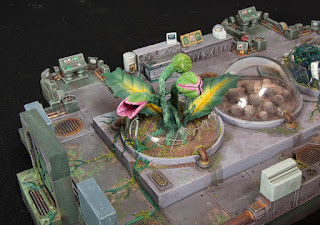 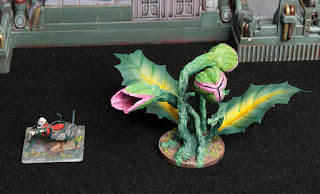 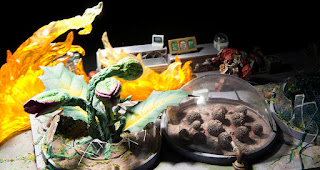 There are two large doors into the section, integrated into the layout. This one closed off in time, snipping a vine that had tried to snake its way down the corridor when the 'accident' happened. 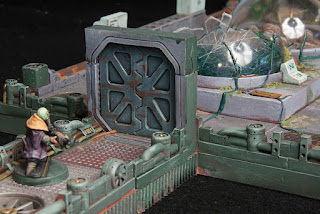 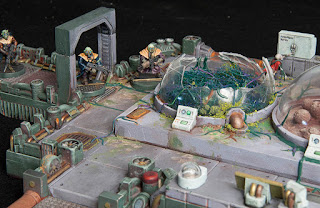 The middle section contains long-dead plants- at some point the automated feeding and watering mechanism must have failed. This dome was never breached. 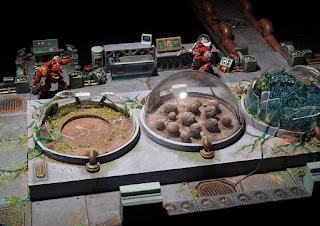 Some plant life attempting to establish itself in the corner, over a nice vent with warm humid air. 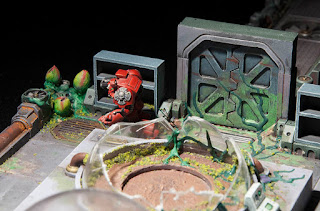 The second large door wasn't sealed fully; plant life has made its way past. The plan is that some further sections will have this sort of mossy mildew look. 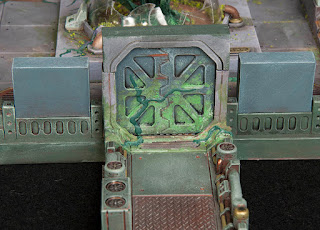 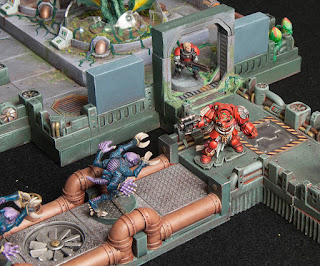 Overall a pretty fun build to make, and one I'd been wanting to get to for a long time.
Posted by Dr Mathias at 6:39 PM 14 comments: