Chipping along on my Inquisition project. This month's entry is an Ordo Hereticus with the classic GW Witch Hunter look from 2003. 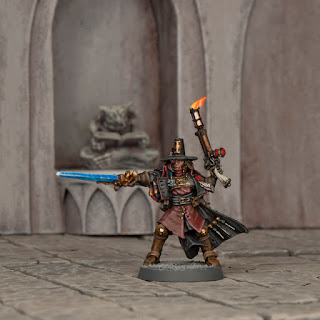 This guy was fun to paint, he's one of my favorites from the "middlehammer" era. 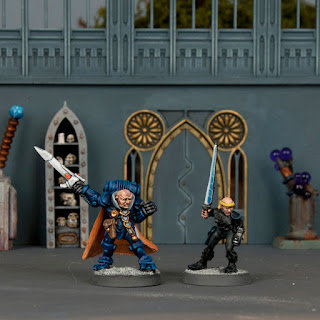 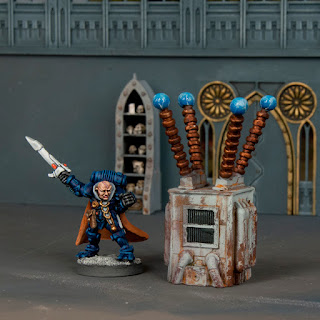 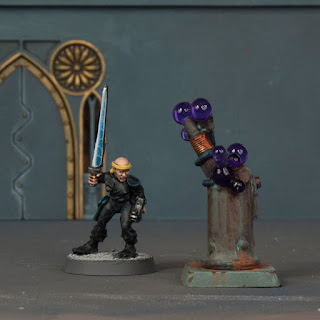