Looks like I got behind on posting my monthly Inquisitors... I've been painting one per month for about a year and a half now :)

Anyway, here are the Inquisitors for April, May, and June. First up, the Rogue Trader era "Ordo Malleus in Terminator Armor". 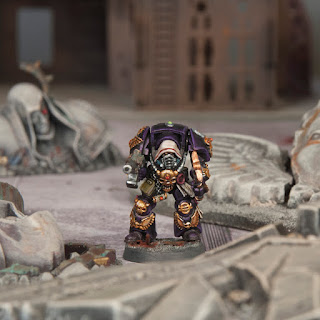 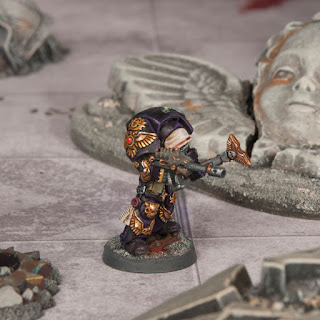 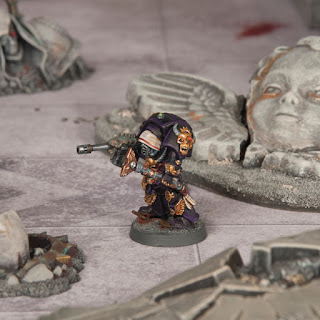 Next up, a Daemonhunter from the 2003 range. One of my least favorite of the GW Inquisitors, after painting him I like him a lot more. I went for a barbaric, feral vibe. I decided he’s been stranded on a feral world for too long, picking up some of the cultural practices of the locals :) 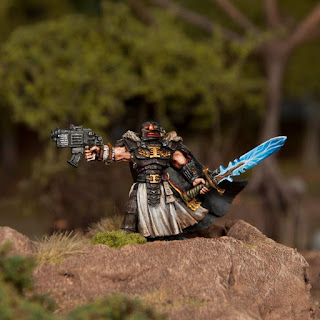 Lastly, this month’s inquisitor is the last of my Rogue Trader era for this project. He’s one of my all time favorites- the “Inquisitor in Terminator Armor”. Often referred to as Jaq Draco, as this model has a very faithful representation on the Games Workshop novel “Inquisitor” by Ian Watson. I decided to go out with a bang and did the banner shown on the book cover too. Started painting and finished in about 24 hours so I could squeeze into Inq28th. 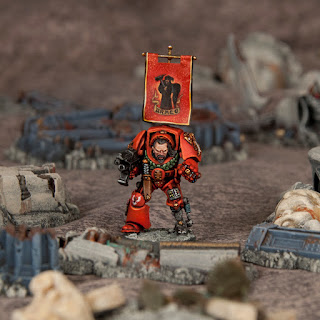 I have quite a few ideas for populating my intact (not the typical warzone) 40K Imperial city, and one I've been wanting to get to for a while was this relic dealer with a mobile kiosk. I decided on a Reaper cleric figure, and added some details to bring him into the setting. 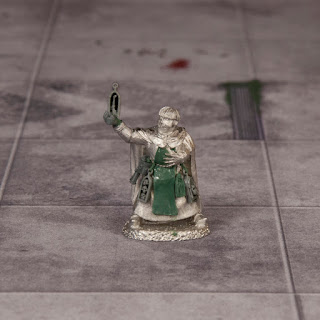 His mobile shop sets on top of the tracks from an AdMech Kataphron. The case structure is a 3D print I designed, as I didn't want to try to make matching pairs of gothic arches from plasticard. I did end up making shelves from plasticard and a Hirst Arts cabinet. Relics are Hirst Arts, Grey Knight relic bits, some press molded greenstuff versions, GW skulls, bones from a Frostgrave kit (Gnolls or Cultists), and a bit from an Anvil Industries sisters detail sprue. 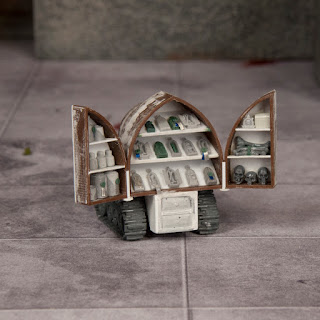 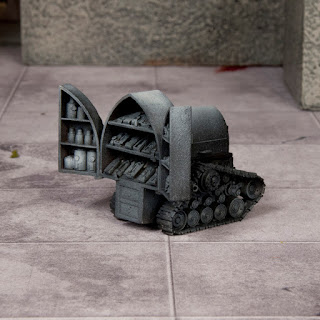 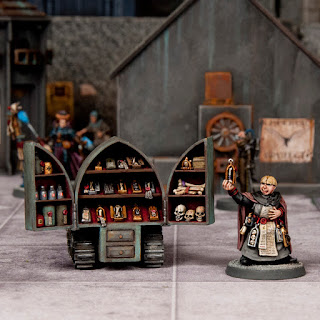 The back view displays all of the necessary paperwork and seals showing he's a licensed relic dealer. 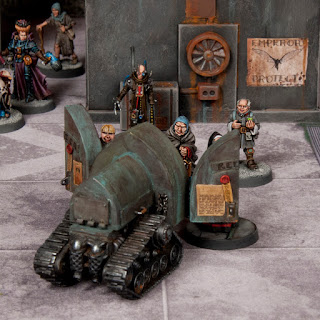 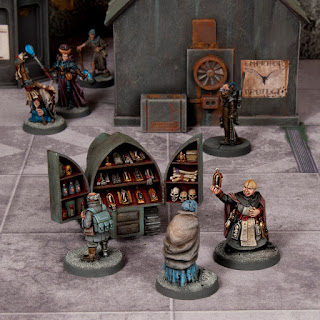 I also have an unlicensed dealer in the works- definitely a shady fellow.