Now that Round 2 of the LPL is over with, I can show the entry for that week. This group will finish out the Valkeeri models I own- another beastmistress Controller, some Stygian Panthers and the last two jetsleds. The beast's color scheme is probably due to all the episodes of He-Man I've been watching with my five-year-old. 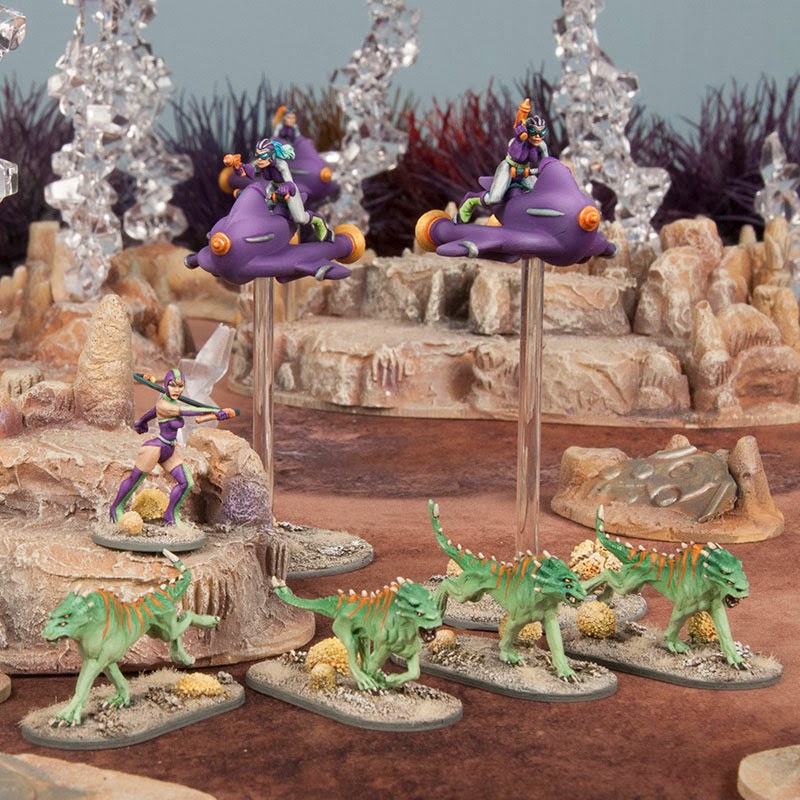 I received the 'Retro Raygun' rules designed for the Hydra Miniatures figures a few days ago- it's a great looking book with high production values and some nice pulp sci-fi artwork. If you are into the genre it is definitely worth picking up.

My first entry in the 2015 ten week 'Lead Painter's League' was a group of Samurai from Kingsford Miniatures. They've been primed and shuffled around my desks for over a year now,  and because Round 1 was 'armor' theme for bonus points, it seemed obvious to do them. Samurai are all about the armor :) 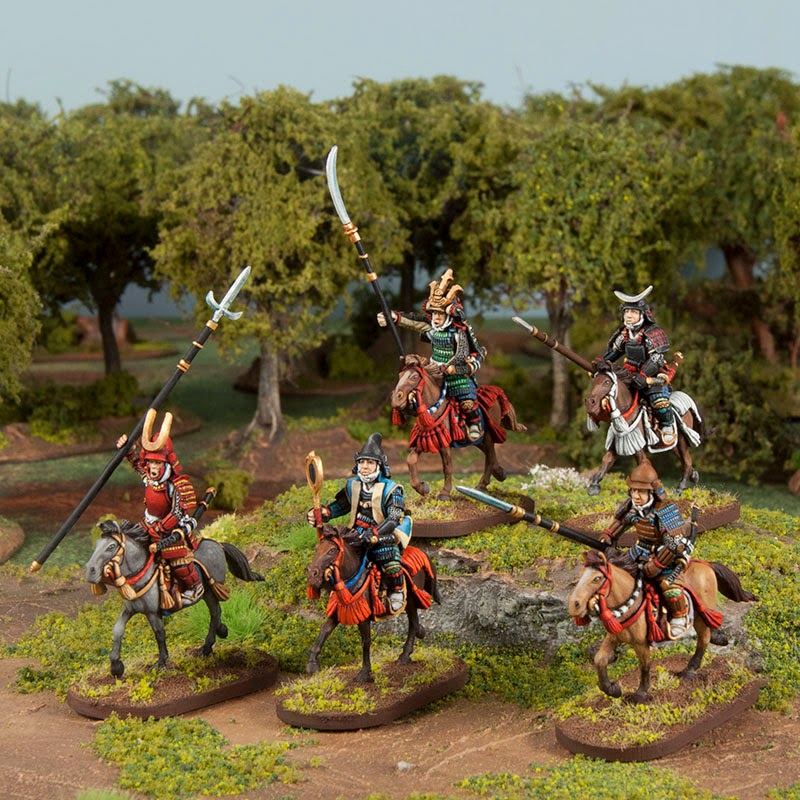 I started the third and final phase of the North African terrain project, the market. After considering using some laser cut tables from a variety of manufacturers I decided to go old school and make my own. They're a little rough but once stained and covered in goods and trinkets they should be fine. 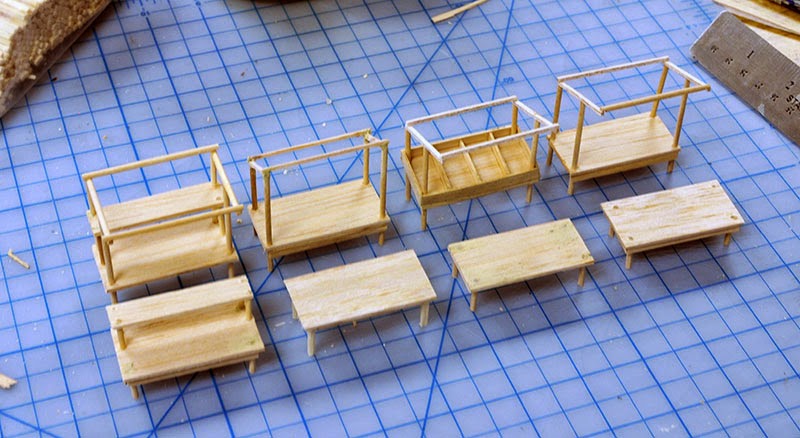 I completed several more East African mud brick buildings over the last two weeks and finally managed to get them photographed. A mission house, guard tower, and a few huts. This pretty much finishes up the mission station for Darkest Africa gaming, and huts can be used for slaver villages in the lakes region as well. 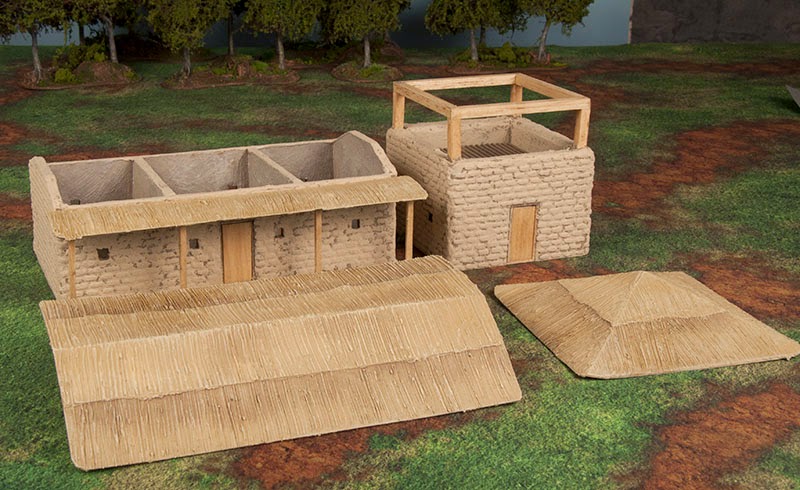 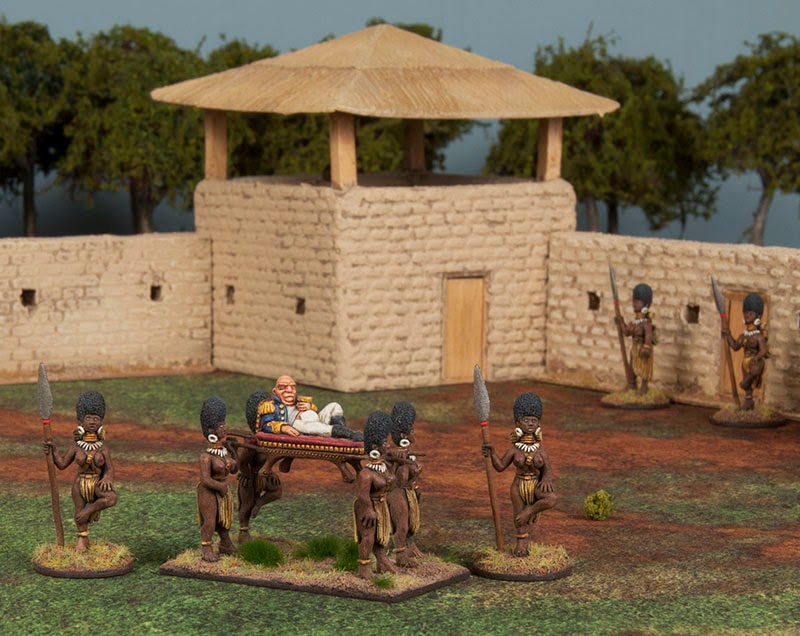 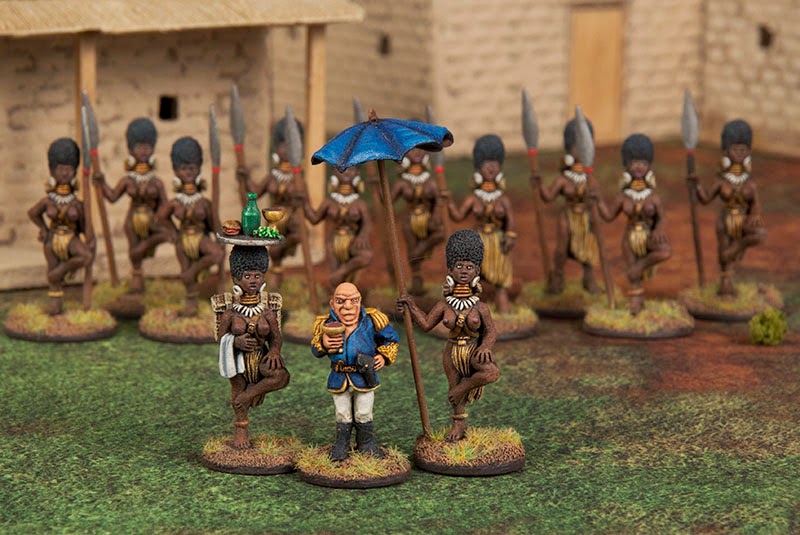 The figures are mostly from Eureka Miniatures 'Pax Limpopo' range. The pedestrian version is a converted British figure from London War Room, which is no longer in business. I'm not sure who makes him now, if anyone. I imagine this guy to be a Kurtz-esque madman with some sort of mysterious pheromones that give him an unlikely advantage with the native gals. They were painted several years ago so please don't judge the wonky eyes too harshly ;)


I've also been painting in my rare moments of free time, but I can't show those images because they're intended for the 2015 Lead Painters League and I'm a stickler for the rules :)
Posted by Dr Mathias at 7:34 PM 4 comments: