I was pretty happy with the old cardstock Firebase I 'dolled up', so I decided to give the same treatment to the dilapidated cardstock Bastion I acquired in a Necromunda lot many years ago. Luckily all the parts were included. 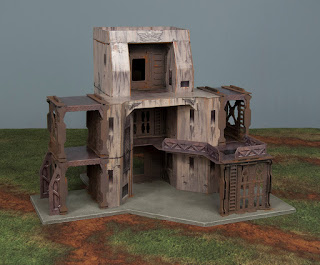 The color of the gantries was tough for me to match for some reason, and it took a few tries to get the bulkheads close. They ended up looking pretty good and the multiple layers of airbrush probably enhanced their dimensionality.

I'm trying to decide if I want to do the same thing (basing, matching bulkheads to platform color) for the other cardstock Necro terrain I have. I'll probably end up doing that. 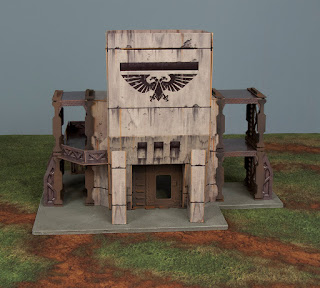 I painted up some scouts for Shadow War Armageddon for my son to use. Three of them have Blood Angels heads to give them a little specificity. These were done several weeks ago and I just now got around to photographing them. 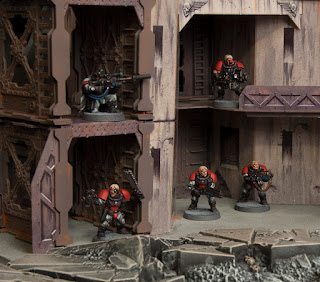