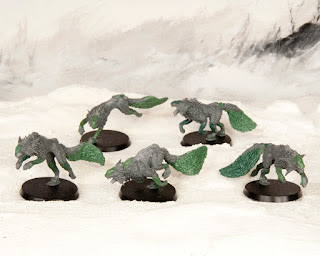 I used Fenrisian wolf bodies as the base model. I sculpted a new tail, added two more digits to each paw, and modified the snout. I had two ideas in mind for my canids. One was that they would burrow in snow and their nose should be high up so it would be out of the snow, so I positioned the nasal orifices higher on the skull.

Second I wanted a substantial tail- the canid uses it to swipe the snow behind them to disguise tracks etc. as they hunt- I kind of assumed they weren't an apex predator, so even though they are tough and vicious they have to be sneaky too. Also, the tail, along with rest of the pelt, is what makes them desirable for hunting. 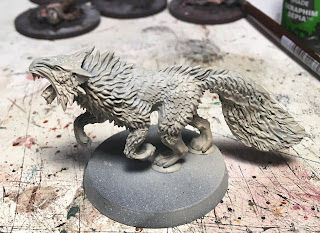 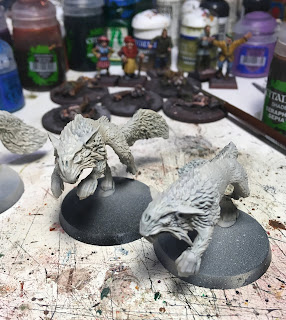 One of my humans for the setting, who got separated from her pack... 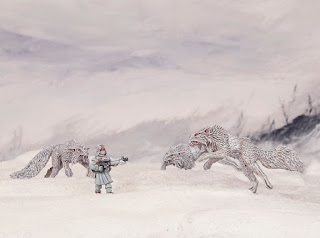 And the same picture with some snow effects added in Photoshop. 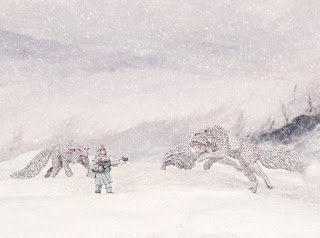