The Swamplands - Rangers of Shadow Deep

After finishing the Broken Stairs board it was time to move on to the "Swamplands", a 2x2 board with 8" of deep water. I used a piece of matboard, so that it was flat and could tuck under the stairs slightly.

It was easy to do- a layer of clear Plasti-Dip to seal it; brown and black spray paint with some flock sprinkled on, followed by painting with acrylic craft paint and a little more flock on top. Last, a coat of polyurethane to seal it up and make it look glossy, and a second coat of poly on the deep water. 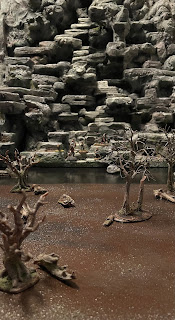 View from opposite edge- the party prepares to move into the deep water. The raptor, Ladyhawke, inhales noxious fumes and passes out. Lewinna carefully places the ailing bird into her pack. 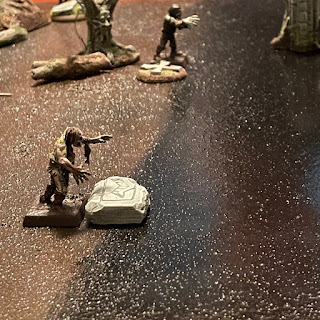 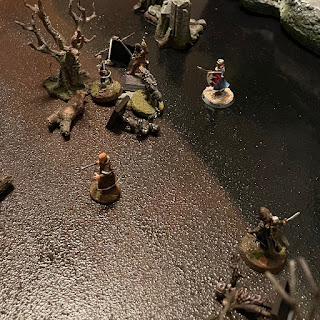 Vicious fight at the water's edge- the knight flounders in deep water. Lewinna prepares to cast a spell of Transference but the knight makes it out in time. 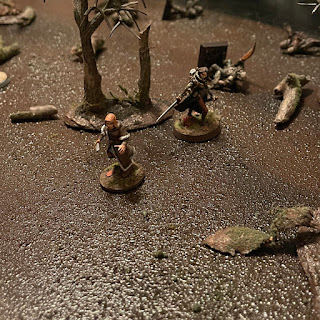 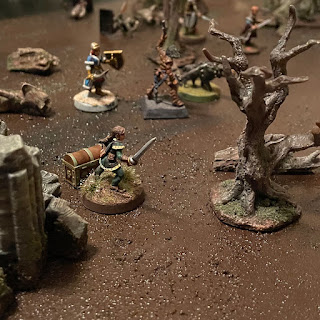 Gabriella pulls a treasure chest from the muck. 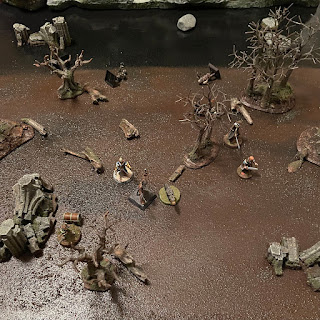 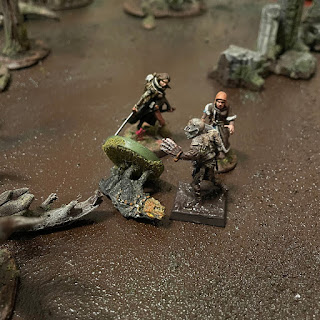 The wardog is felled by a gruesome swipe by the zombie. It recovers later, but develops psychological scars. Ingrid, the recruit, also takes a grimy claw to the face and is taken out... she loses an eye as a result. 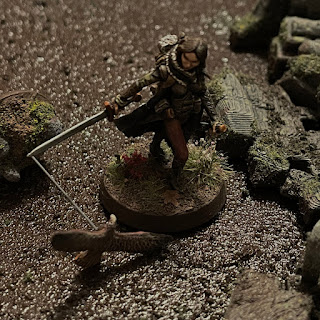 Sadly, Ladyhawk does not recover, and Lewinna takes a moment to mourn her friend. 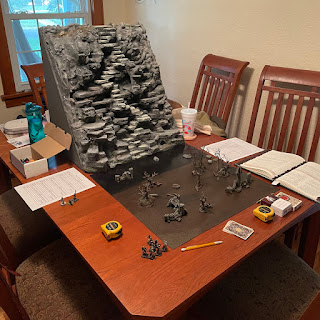