I've been slowly working on another full squad of Battle Sisters (more than what I would ever need for Shadow War, the plan is to get a force going for 40K 8th) and I decided to finish one ahead of the group to replace a model I'd been using in my Kill Team. 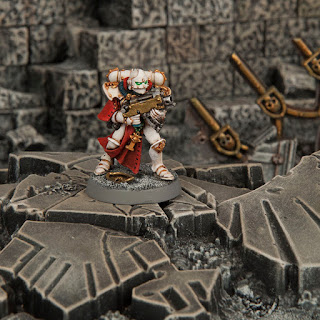 I've lost the last two games, but I haven't suffered any deaths and have killed about five of my opponent's orks. After the last game I added a tenth member which is the maximums squad size. I also added some melta-bombs to one sister, and rather than glue one to a miniature I painted up the ammo servitor from the Space Marine devastators kit. I used a smaller 20mm base for the creepy lil' guy. 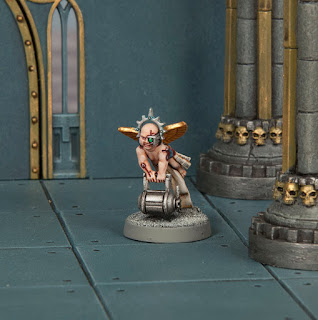