This post details the construction of the 3D Dark Eldar Arena of Blood board I built. Arena of Blood is a mini-game found in White Dwarf #229 (1999) which introduced simple rules for Dark Eldar Wych gladiator fights. I really enjoy building 3D game boards and I've wanted to make one for this game for many years. I finally started it around January 2017 and just finished the last figures for it. All that remains is to finish the sheets for the characters. 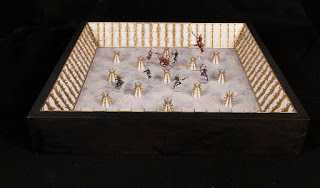 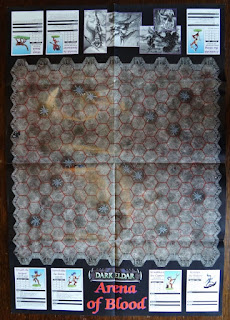 The original game was played on a fold out map (included in the magazine) that had all the stats and specific rules for the characters. GW even incuded stand up card markers for the Wyches, although I assume they wanted us to buy the actual miniatures :)

The original map has murder stakes scattered throughout, plus the players add additional ones. I didn't want mine to be permanently attached, with the idea that there may be times we don't use them, or have monsters that need more space. 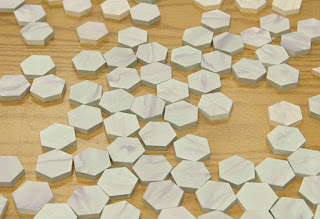 I started off the project by casting hexes with 'Merlin's Magic' plaster, using a silicone mold I bought from Keebler Studios (now out of business). I had two issues with the mold- first off, the sides were not perfect 90 degrees from the base so they didn't nestle up precisely. I had to fill in the gaps later with joint compound. Second, the mold tore about half way through casting and I was able to limp it through. I'd never had a silicone mold tear, so I'm assuming Keebler used different rubber than Hirst Arts.

After casting I hand painted them all to look like marble, which actually wasn't as time consuming or tedious as it sounds. The hexes with a border have a washer imbedded in the cast (the murder stakes have a magnet in the bottom) and serve to break up the monotony a bit. 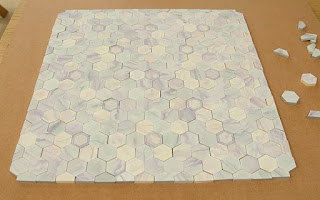 I designed the wall and blade shapes in Adobe Illustrator, tracing the edge of a Dark Eldar sword as a starting point. The plan was to send this file to a laser cutter. The blades are acrylic and the wall decor is thick card. 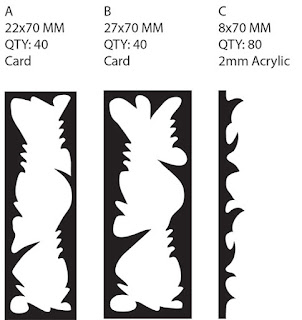 These quantities and sizes ended up being slightly wrong by the way. Luckily my laser cutting acquaintance is a nice guy and put up with me submitting three orders :) 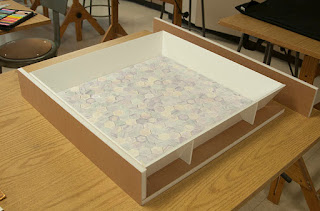 Here you can see the structure coming together, using Gatorfoam and foamcore. 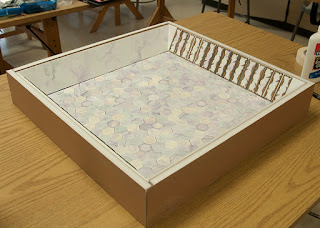 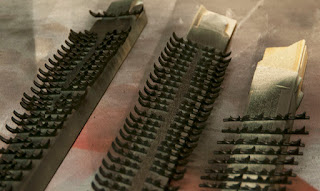 Painting blades. I planned to go with a dark gunmetal to contrast with the walls and floor, but I wasn't sure about that and asked some people for advice. Some friends convinced me to go with gold, which is more opulent and decadent-looking. I think that was a great suggestion. 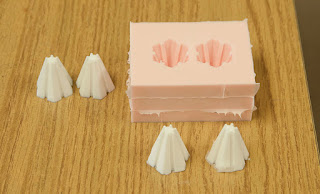 'Murder stakes' are cast resin with laser cut acrylic blades. I designed the shape in TinkerCad, a free 3D modeling program that is super easy to use. I had the shape 3D printed using Shapeways, after which I made a simple gravity drop silicone mold and cast them in resin. The six slots were just a little too narrow and the biggest pain of the entire build was having to go back through and sand them all a little wider so the acrylic blades would fit... 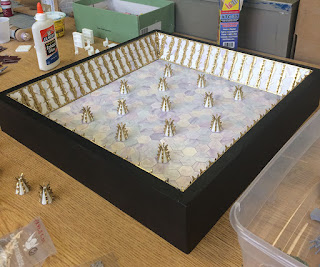 The last step was filling gaps in the assembled walls with Bondo, sanding the heck out of the top edge surface, and painting it black. 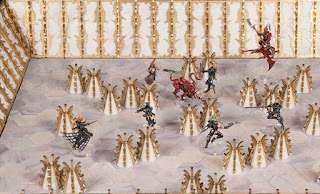 I am close to finishing the new character cards (which were originally on the printed map) and hope to get some games in soon :)