I decided to make a miniature to go along with an idea I've been developing for a while, a sort of self portrait in the guise of an Imperial chronicler traveling on behest of a Necromundan noble. I've written a couple of short fluff pieces to go with some miniature builds, essentially excerpts from a fictitious book. 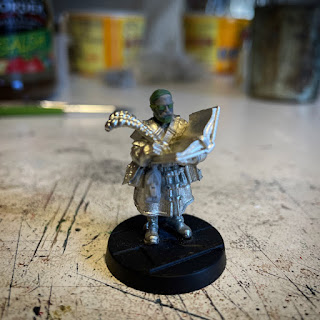 I started with a metal Reaper miniature as a base, and swapped in a head from Mad Robot. I shortened the legs a little by removing the boots and taking out the knees. This mini was quite large (I'm about 5'7"). I also added a reliquary. 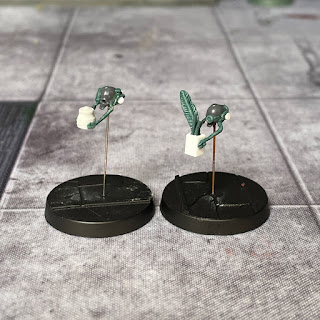 I felt like he needed some companions so I made a couple of servo-skulls. 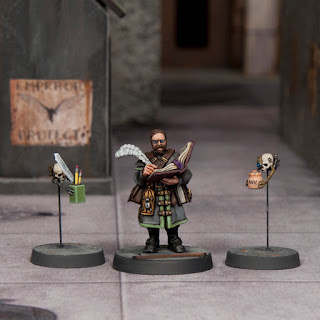 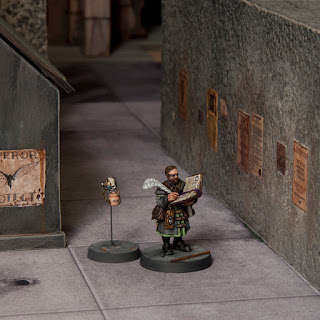 He will probably be showing up in the background a lot :)