Every year I look forward to the competitions run on the Lead Adventure Forum. This year the theme of the 'Build Something Contest' was 'Rest', and the terrain build had to relate to the theme. I'd been wanting to return to a Space Hulk tile again, and the theme fit with the chapel I'd been wanting to build for long while anyway. I have had a pile of Armorcast church pews for years! 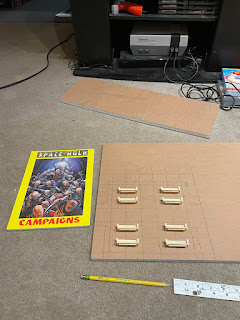 I started off by consulting the book to get the room size correct. I'd later have to make another thin wall piece, as the extended chapel I made would not fit the layout in the scenarios. The base is 'Gatorfoam', a tougher version of foamcore that I like to use for terrain. Other pieces are Hirst Arts casts. 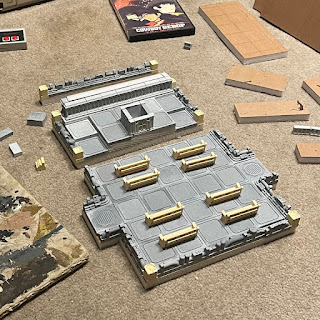 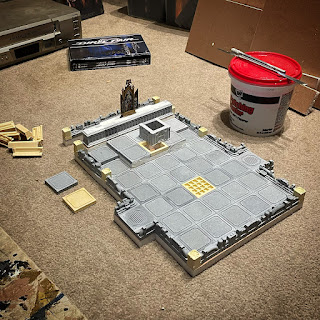 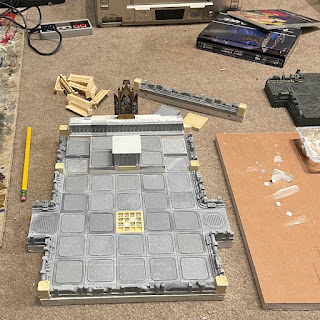 The removable relic case set into the floor is a custom piece I designed a couple years ago. I had it printed at Shapeways, and then I made a silicone mold. That was, of course, before 3D printers became viable to the average consumer! I imagine the skulls to be the craniums of past captains. 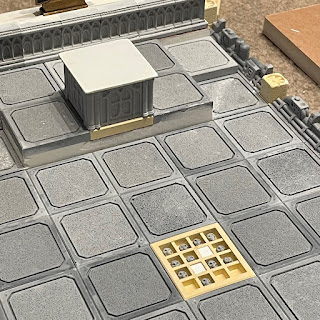 I wanted to paint another altarpiece for this, and found an example I liked a lot online. I used Adobe Illustrator to trace the image, which I exported into Tinkercad so that I could make a 3D file. 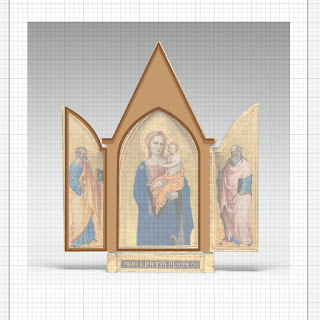 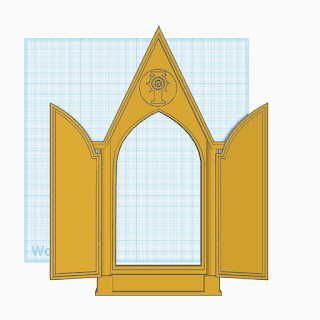 I printed the resulting STL file on my Mars2Pro. I thought it came out great at the time, but I was still playing with settings and it does have some stepping that shows up worse later, despite attempts to fill the lines with paint. 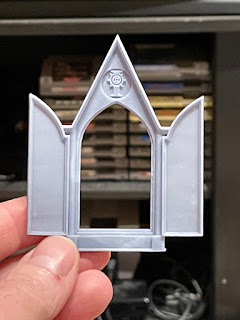 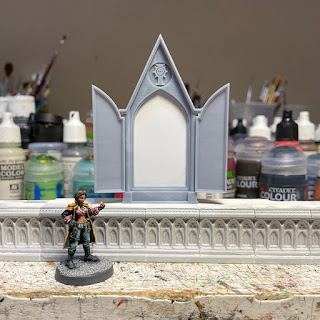 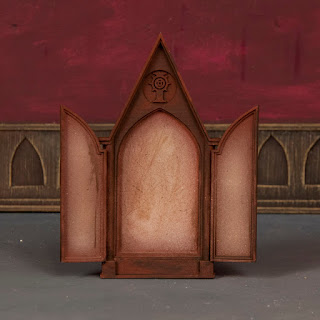 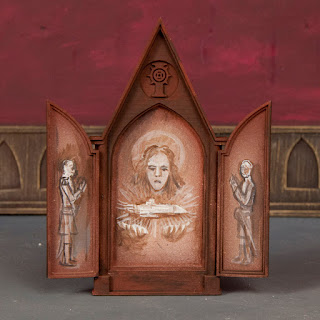 The altarpiece was entirely freehand, with a fairly traditional monochrome layer first. 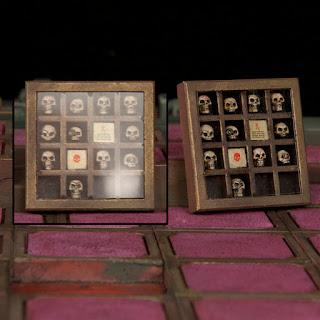 An exploded view of all the parts. The last thing I did was make some candle scatter pieces, both alight and extinguished. 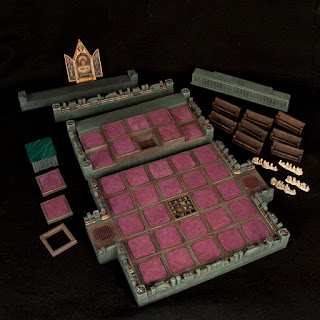 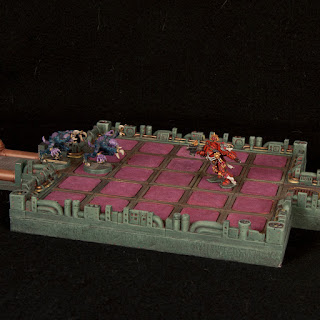 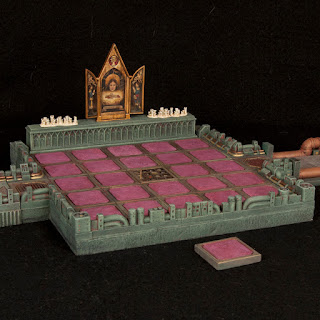 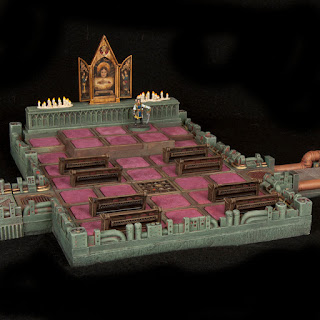 Altar and tile that allows for a hidden compartment: 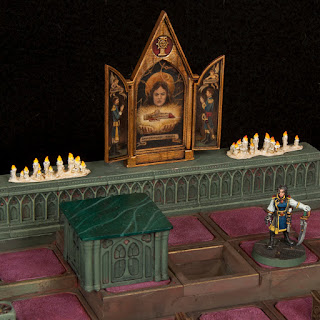 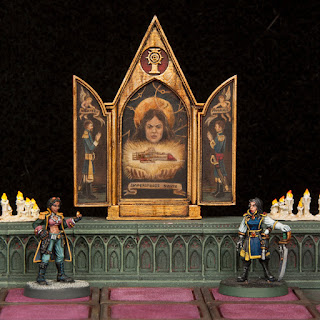 All in all another successful build (made it to semifinals) and another piece for the now pretty big Hulk I have going.
Posted by Dr Mathias at 2:51 PM