I purchased a package of cheap (quality and expense) wedding favors in the form of coaches several years ago, and used most for my dieselpunk Liebhusaren army. I recalled that I had one or two left so I made one into a coach for the Parsnip Empress of Cist. The horses are Wargames Atlantic, obviously turniped up with some greenstuff and some 3D printed legs and fungus. 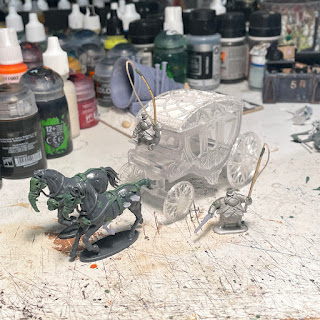 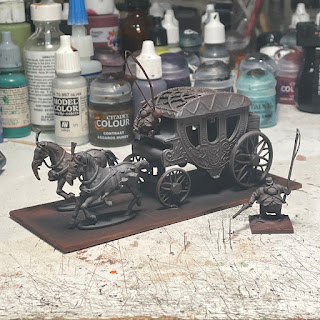 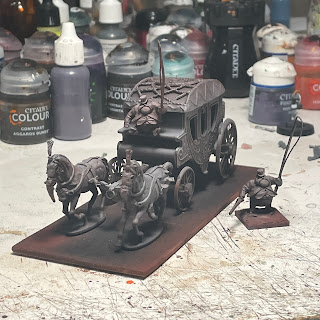 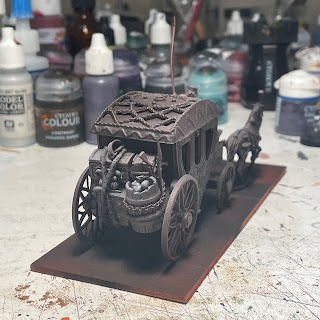 The coachman set of two (standing and sitting) is from Eureka Miniatures 'Pax Limpopo' range. I replaced his whip in both cases with a brass rod and some string, and gave the standing version a flintlock pistol. The sitting one is magnetized. Most of the junk on the back is Hirst Arts castings, with some greenstuff veggies and a few weapons from a Wargames Factory AWI kit. 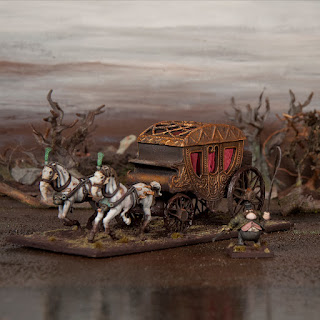 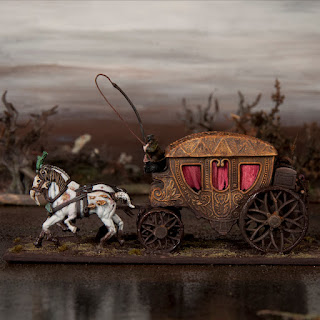 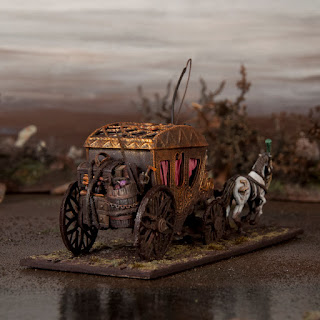 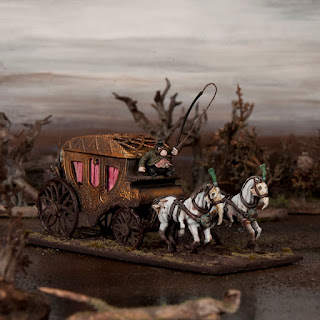