I had a metal Cobalt-1 miniature primed up along with another batch, with no real purpose in mind. He looked like a half-Eldar rogue trader type, and as I was painting him I thought he might make a good 40K Vampire from the old Rogue Trader book. I held off finishing his clothes as the project grew in scope and I had the idea to make a pair of vampires and their natural forms. 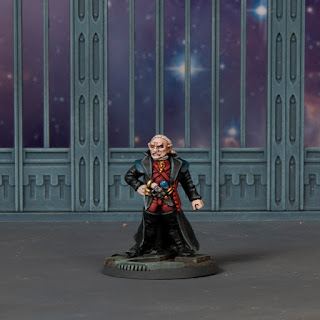 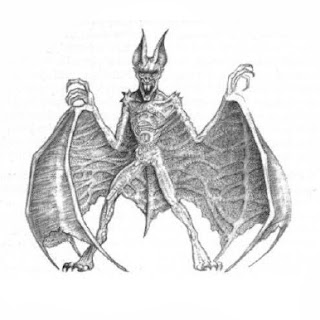 At that point I decided to start looking for a good feral vampire for the 'bat' form, and after some research I settled on some 3d printable STLs from the Masons Miniatures "Werebats vs. Werewolves" Kickstarter. After a short wait I got my hands on those and printed a couple off. I had also decided on watching the old Buck Rogers TV show from the early 80s to do some research, since they had a Space Vampire episode. I was reminded about my early crush on Erin Gray :) I watched the entire first season, funny how things I had forgotten all about came flooding back. 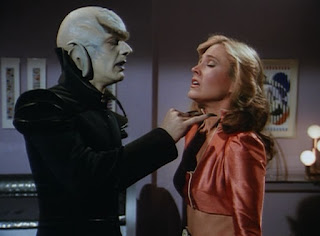 It took a few weeks to get anywhere on the project, and it got a little more complicated when I got the notion to work my #servoskullsaturday project into this one. I found a vampire bat skull STL online and printed two off. I used some greenstuff and styrene to '40K' them a bit. 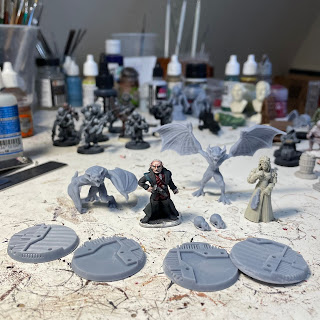 It was coming down to a deadline so I needed to commit to a figure for the female vampire. After printing a few contenders, I ended up using a Fenryll courtesan I had in the stash. I added a little reliquary and a skull to her. 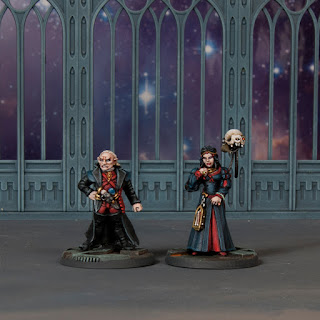 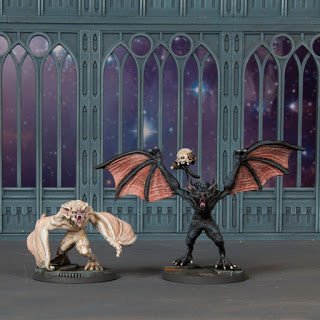 In the end I opted to paint them with their hair color in mind, I like the contrast of the pair. The pale male reminds a bit of Lucius Malfoy from Harry Potter. Hope to have them causing some trouble on the tabletop soon!