Shortly after I started kitbashing miniatures for the Turnip28 army I was working on, the concept I wanted to go with to unite the group began to coalesce. The primary root vegetable was always going to be parsnips (which are relatively new to me, having tried them for the first time a couple of years ago), which I thought would contrast well with the murky darkness that is characteristic of the Turnip28 look.

After considering a Toff (the army leader) sitting side saddle, but not being able to find a good example to use, I decided my Toff should be a woman carried on a sedan chair or litter. I knew I had a chaise lounge from Eureka stashed away that would be a good starting point. I'd done a similar character for a Darkest Africa army many years ago and returned to the concept.

My goal was to blend the stately grace of an Empire period neoclassical dress (as seen in the portrait of Josephine), the striking hat of the lovely Marianne de Morangias from Brotherhood of the Wolf, a mask as worn by Sylvia in the same film, and the weird root/silverfish tailed woman in the Temptation of Saint Anthony by Hieronymus Bosch. 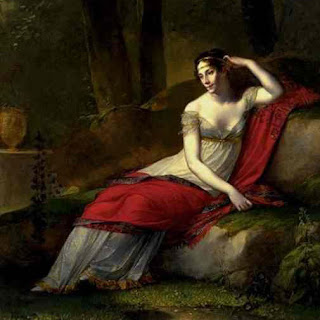 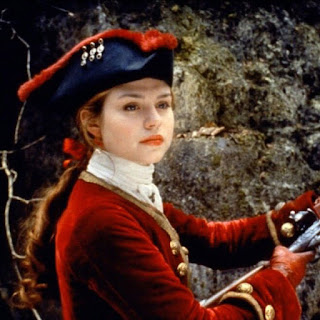 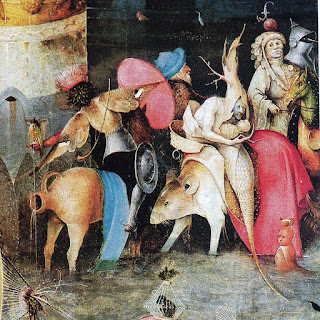 Finding a miniature to lounge on the chaise was not easy, so I searched around for while on 3D STL sites and finally came cross one I could use, and chopped it up in Meshmixer. At the time I didn't have a resin printer, so I really had to dial in my settings and printed the body on my Ender3. I found some arms from other plastic kits (I think I used Wargames Factory zombies) and a head from Statuesque Miniatures. Bearers would be Perry Zouaves mixed with Wargames Atlantic Afghans, to give the Orientalist flair a grandiose Empress might delight in. 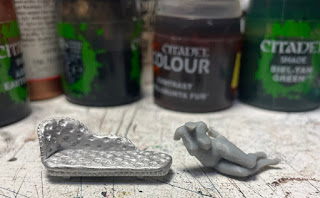 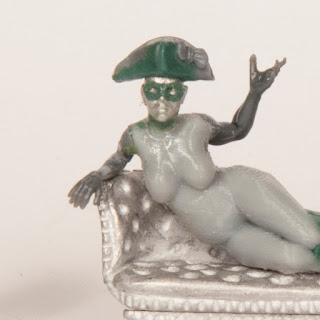 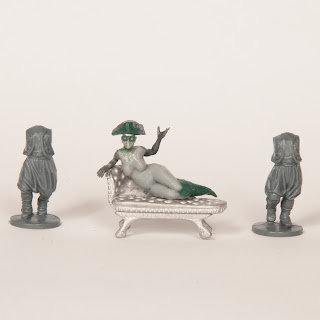 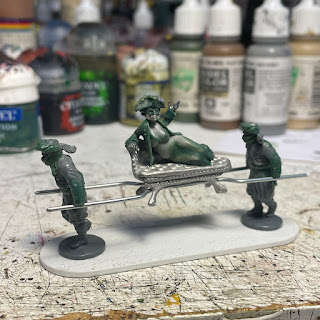 The Empress needed a unit of dedicated guards, so more Zouaves were recruited to the cause. I designed and printed off some boxes for the unit to carry. The Toff needs to fight so she has some dueling pistols and a sabre bearer. There is also a mustache on a stick- one of the rules for a faction actually specifies certain models need mustaches, this was my way of circumventing that! She also has a pair or opera glasses and two boxes of the Empress's unmentionables. 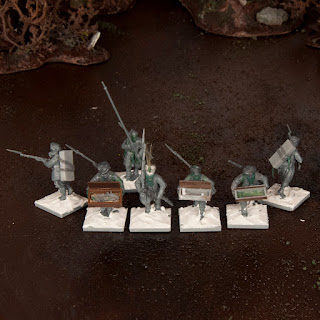 If any other work in progress shots turn up I will add them, but for now it is on to painted models. 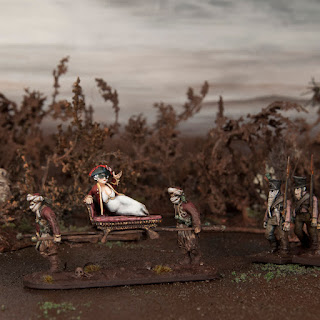 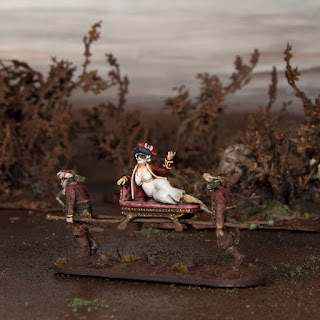 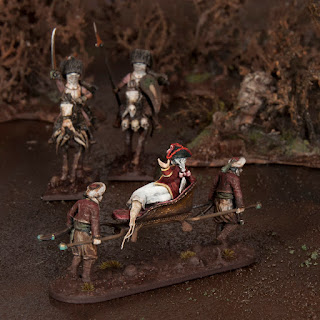 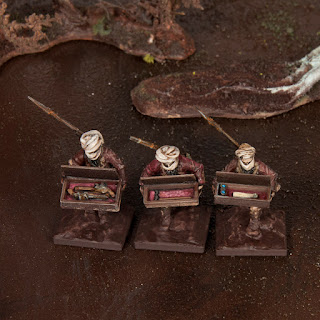 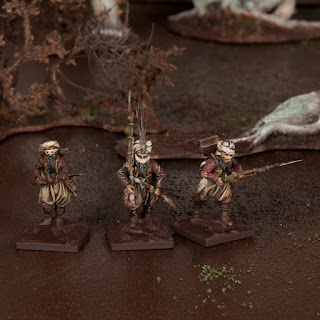 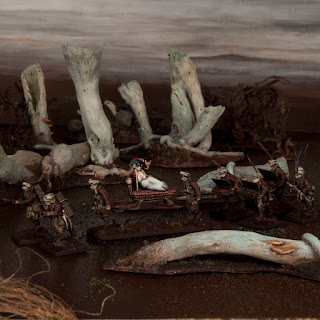 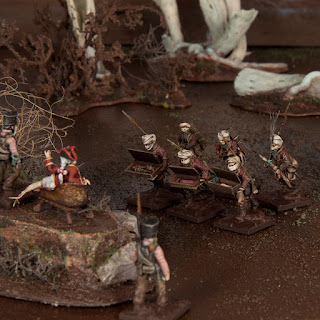 The Parsnip Empress of Cist is up there with some of my all time favorite projects.