When the 'Turnip28" subculture started off over a year ago, I thought it was interesting and quirky and I was strangely drawn to it. At the time, I was working on the printed Prussian Reserve prototypes for Wargames Atlantic and had an extra body, which I 'turniped up' by adding a sallet I had printed a couple years ago and never used. I also gave him a raggedy cape and some greenstuff root veggies, and let the project sit on the backburner for while. 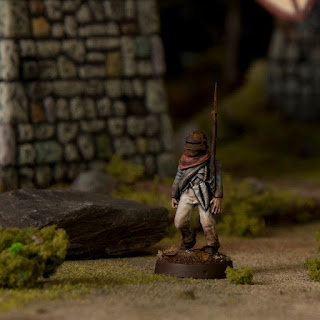 When the actual plastic Prussian Reserve box set became available, about a year ago, I started on the actual army. I'm not quite sure why I never got around to posting it, because its been a fun one to work on. Stylistically I don't usually use a quick and grimy painting technique, so it has been a liberating project in many ways and has fostered some creative thinking.

First up was a unit of 'Fodder', as the name implies, a large unit of not so great troops. Truth told, none of the units in the game are great... they're all sort of pathetic. 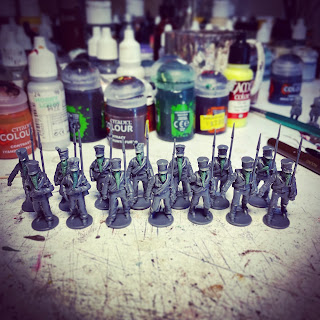 I really wanted to make some cavalry, so I set the Fodder aside and started messing around with some Perry Napoleonic Hussars for a unit of "Bastards". I wanted lancers, but I was smitten with some hussar busby knight torsos that were available for 3D printing, so I ended up with a weird knight/lancer'hussar hybrid. I ended up buying my resin 3D printer just because I liked the Turnip28 stuff being designed so much. The Bastards ended up being my first painted unit. 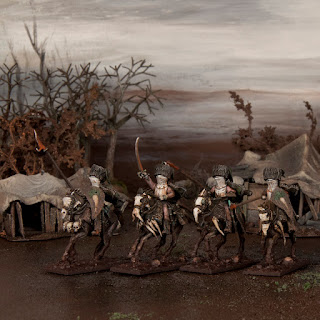 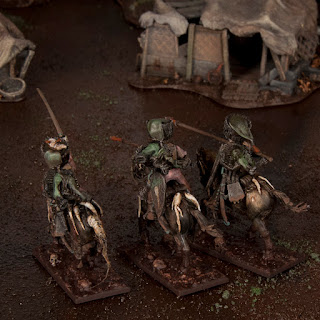 Even though the troops are supposed to be the sad and twisted remnants of a Napoleonic apocalypse, mine somehow ended up on the heroic side, at least in a twisted neoclassical sense. These are combo of greenstuff, 3D printed parts, and various plastic kits. I learned a lot about 3D printing, digital manipulation and digital kitbashing, so its been a great experience overall. I modified some of the hussar heads for variety and printed a few extra horse legs (some horses have five or more). There is also some greenstuff work. 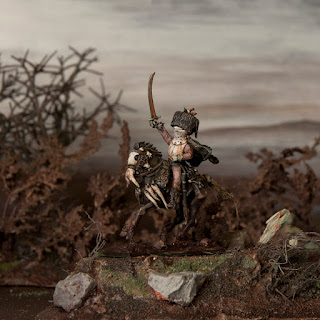 I also decided I had better make some proper Hussars, at least in terms of being armed with a sword. 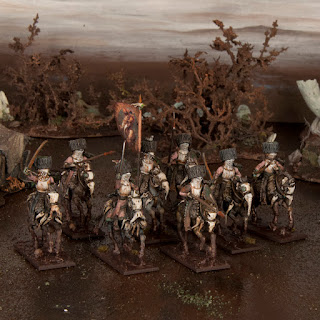 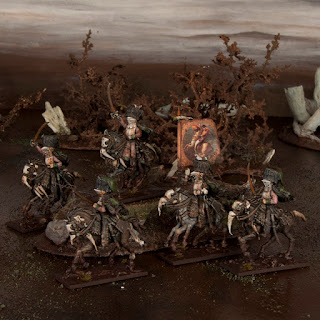 The banner bearer and leader was made a while after the others. The fact that the unit leader didn't have a horse with the officer shabrak bothered me quite a bit (silly, considering the nature of this army) so made a new rider and horse and switched some riders around.

I knocked out a banner in Photoshop- David's famous portrait of Napoleon, but replaced with the Empress Parsnip, who had become the leader as I developed the story of the regiment. 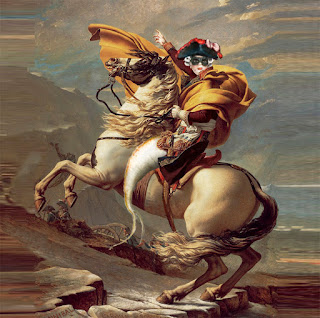 A little scenic item, a group of Hussars playing a game of "Tickle the Turnip". The hovels in the background are 3D printed from Infinite Dimensions designs. The poor soul is a Reaper mini, with a greenstuff turnip on his noggin. 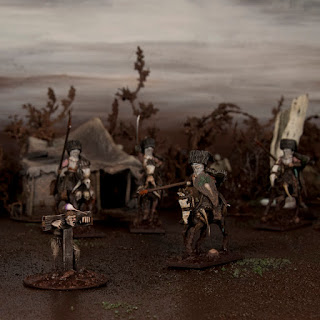