I neglected to post my favorite build of 2019, the Ambulatory Altarpiece I built for the Instagram #sentinelchallenge. It was an unofficial community based challenge to make a conversion using a Games Workshop Sentinel. Luckily I had a pair of legs I'd ordered for no particular reason a couple years ago. 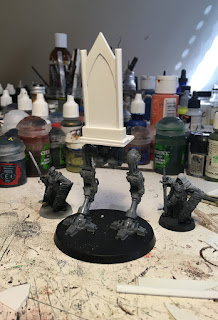 The altarpiece is mostly styrene, I added a few extra bits later. 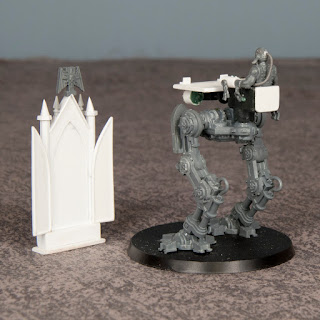 The operator is made from a few sources- I think the torso is a Mordheim Mercenary, I beleieve heads and arms are from the Flaggellants kit. I magnetized the platform and altarpiece so it could be removed. 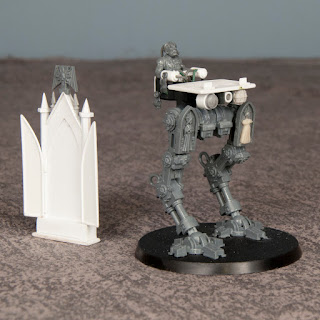 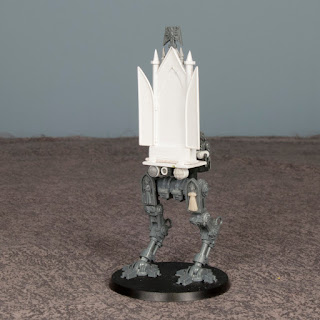 I wanted to paint the thing in a Renaissance technique, using red under the gold and starting with a 'grisaille' underpainting to establish tones and form, followed by thin glazes to get the Northern Renaissance look. 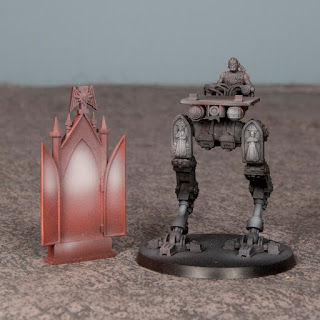 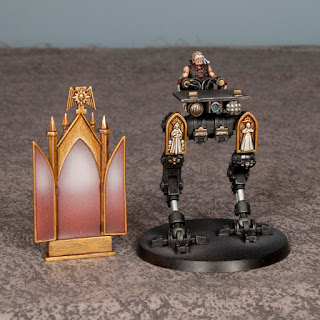 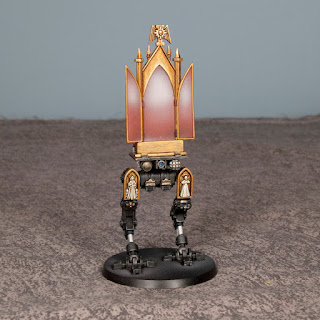 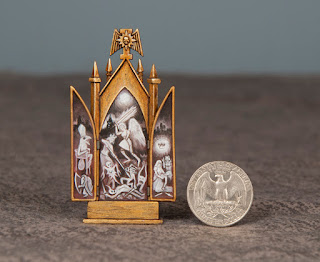 The image has borrowed from Hieronymous Bosch and Pieter Brueghel with some 40k favorites blended in. 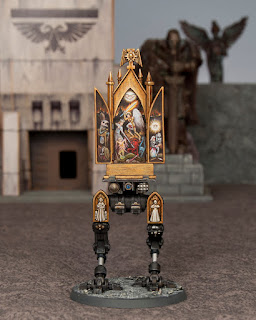 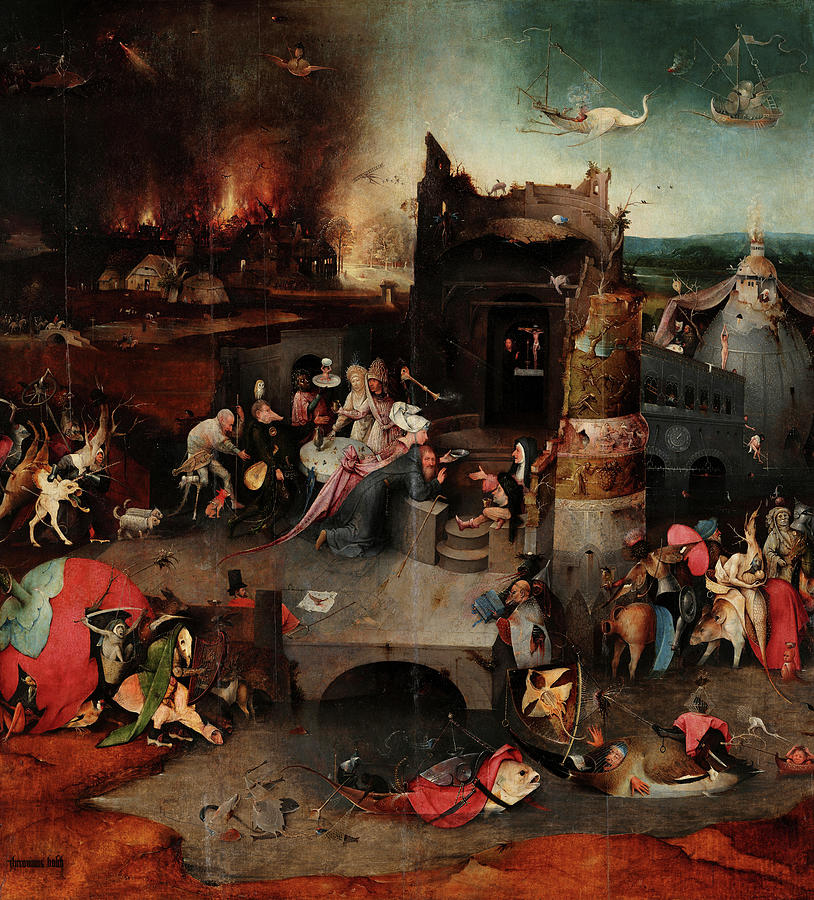 Brueghel, Fall of the Rebel Angels: 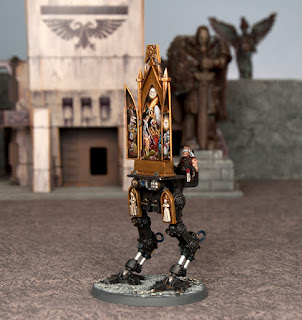 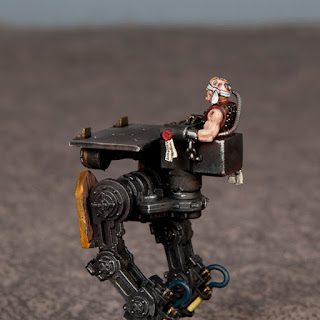 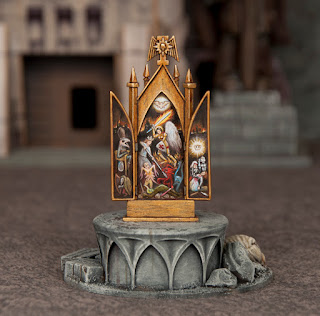 I've developed a story for the iconography in the altarpiece, as well as why the pilot is installed- I'll probably put that into another post. Thanks for looking!