Here's my final entry for the Rogue Trader '40k Adventurers' project I have been working towards all year- the Astropath Choir. I wanted to end on a high note and along with the Astropaths I produced an orrery to help them focus their prodigious psychic might. 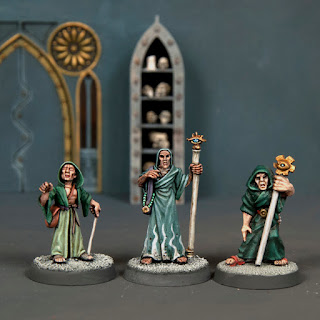 The most important Astropaths to get done were the three old school ones- two from the Adventurers advert. I had previously painted the Talisman Timescape Astropath. I painted two many years ago, sometime in the 90s by the looks of the flocked bases. I didn't feel like paying out for unpainted ones so I ended up stripping the old paint. Here's what they used to look like: 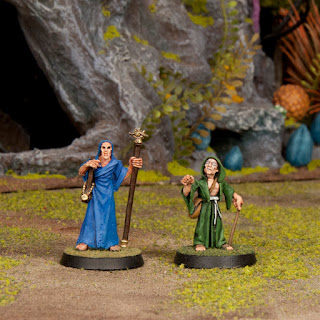 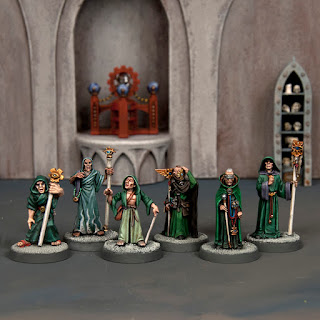 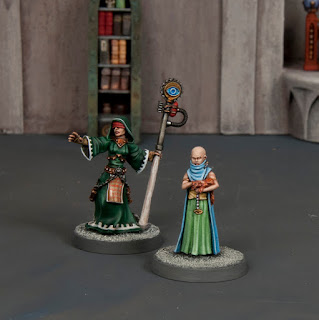 Two females that sure look like Astropaths to me, one from Victoria Miniatures and the other from the 'Colony 87' range from Crooked Dice. The Victoria 'Astro Witch' has a prominent cog motif, so I decided she has some training in the ways of the Machine God. Certain mechanical devices that operate on a psychic level would require a psyker that also understands the machine spirit to some extent, so it seems logical to me that there would be some rare examples of cross-training beyond Techmarines. I painted a hem of gear teeth and a red eyewrap to symbolize her training in the mysterious ways of Mars.

The Colony 87 girl seems less orthodox- she doesn't have the traditional white staff and has somehow acquired a baby gyrinx. 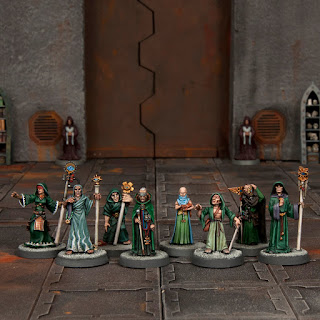 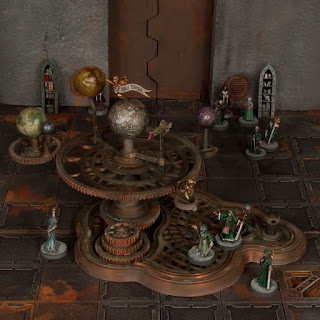 I've been wanting to make a 40K orrery for a while now. I bought a Celestial Hurricanum several months ago and I have been ruminating on how to utilize it. About six weeks ago I chanced across an interesting articulated 3D printable orrery from Dragon's Rest and decided that was the way to go. 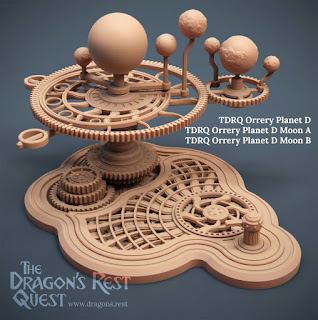 It took a few days to print all the parts, using a combination of copper filament and brown filament, with the idea that any handling would wear the edges and expose the copper. The copper filament is quite finicky to print and I had a lot of failures, but it seems to have worked out. I increased the diameter of two gears by .75mm (B and C) and the Z height on one (the Column D arm gear) to get better action. The orrery action is still slightly rickety (probably due to differing shrinkage rates on the PLA) but well within my acceptable range and I have to say this a sweet, sweet model. The plan is to motorize it once I can find a good 1 rpm low voltage motor. 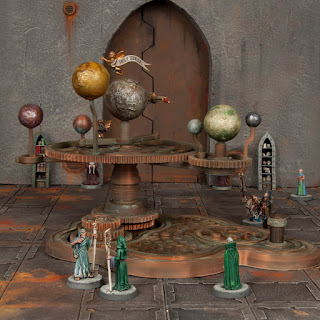 I  replaced the original sun sphere with a dimensional Earth I found on Thingiverse. I also added two cherubs (old plastic Christmas ornaments) and a micro battleship I made, to represent the guardian role of the Imperial Navy and help 'grimdark' the orrery. 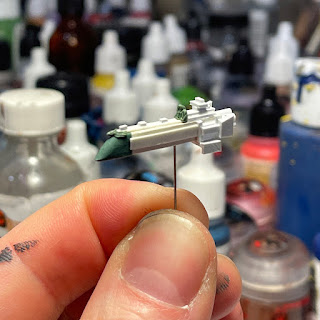 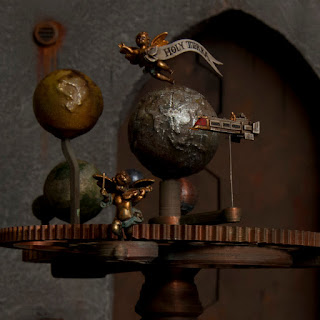 All in all I'm happy with the outcome of this sub-project, and the the 40K Adventurers overall. I ended up producing and painting a lot of related miniatures, maybe even more than the Adventurers themselves. 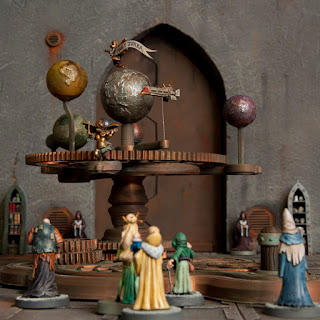 Lastly, a crappy video. Editing is a clearly a weak point of mine :)