My penultimate entry for the 40K Adventurers project (my 2020 resolution) is the Ventolin Pirate. The Ventolin miniature has long been one of my favorites. I recall seeking him out in the early 90s, and managed to acquire a few more over the years. I decided to go all-out for this one- which meant chopping into some old lead. 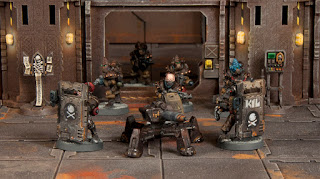 I decided to modify four of the pirates, ranging from a difficult headswap (courtesy of a Confrontation Tech Ganger), weapon swaps, and an easy bionic eye. Grinding these guys with a Dremel produced a lot of metal shavings- here's hoping I didn't poison myself! The ones I modified the most are possibly recasts, so old-school metal purists can rest easy. The flamer is of course the one from the plastic Space Marines, and I'm not sure where the melta gun came from. I have to confess that it is likely 2nd or 3rd edition :)

As I was working on these I thought about Ventolin boarding tactics, and when rummaging through the bits box I came across some large shields that came as a freebie with a Kromlech order. I decided to make some breaching servitors that could withstand a lot of incoming firepower, but are also jury-rigged and expendable. The shields appear to be primaris-sized, so I removed about 5mm from the height to fit the servitors. I also added a heavy flamer and fuel tank. The bodies are the still excellent Jes Goodwin servitors. 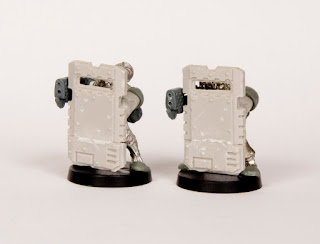 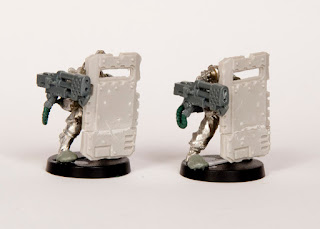 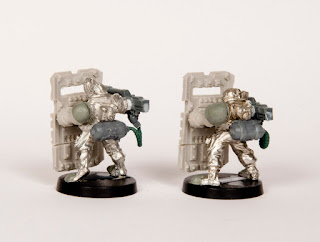 I also had a mulit-legged RAFM weapon platform from the 'Reaction Marines' range. This thing was missing a leg, and as a result has been in the bits box for about 30 years. It has been on the slate to become a mining laser, but I thought these guys could use it. Not the best facsimile of the legs, but it works at first glance. 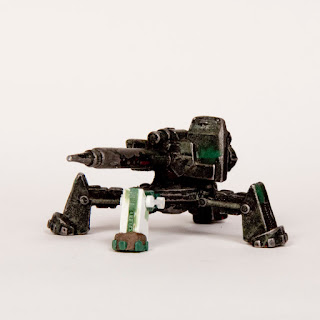 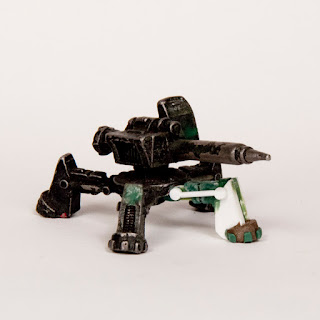 I wanted to paint them the dingy brown murky color used on the Ventolin in the advertisement. The leader received a blue helmet. 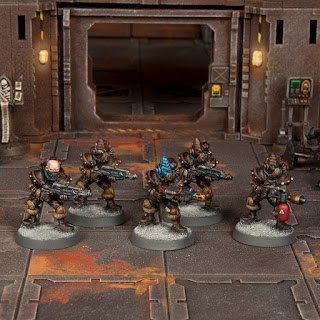 Servitor shields have an old-school "KIL" painted on, along with the stylized Meobius pirate symbol. 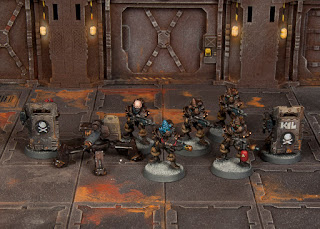 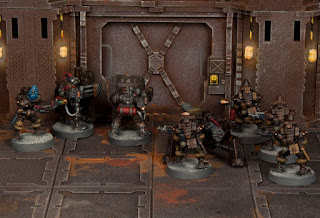 Last but not least, these guys needed a boarding torpedo. I'd been wanting to make one for quite a while (since they showed up in the newer edition of Space Hulk), and Dragon's Rest released a brutal looking boarding craft 3D STL a couple months ago. It took a few days to print (I sized it up 135%) and the painting is fairly simple, but it does the trick. 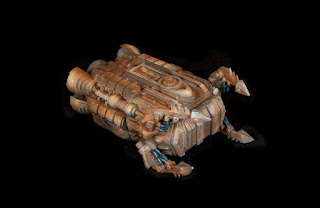 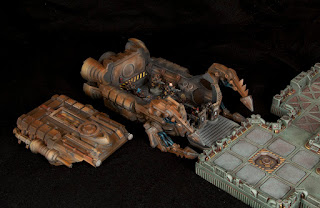 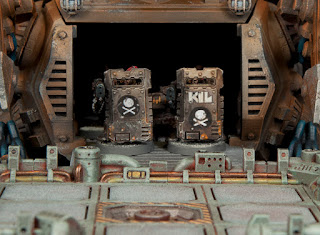 That's it for the Ventolins! 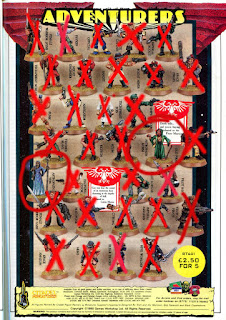